Brakopowers: Parliamentary privileges and immunities, limitations and arrest of MPs 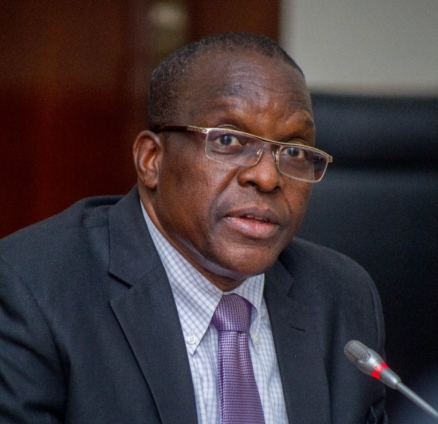 For some time now, lawmakers who are either needed by the courts or the police have evaded court appearances or arrests by hiding behind parliamentary privileges and immunities. When in 2019 the Member of Parliament for Bawku Central Constituency, Mahama Ayariga was put before the Financial and Economic Court 2 Division of the Accra High Court by the then Special Prosecutor, Martin Amidu for alleged tax evasion, the legislator told the court presided over by Justice Afia Serwaa Asare Botwe to respect his privileges and immunities as a lawmaker. The then-Speaker of Parliament, Professor Aaron Mike Oquaye rose to the defence of the legislator. However, Mr Ayariga later found himself in court to respond to the criminal charges.

Parliamentary privilege refers to the immunities and rights deemed necessary to insulate lawmakers, Speaker, and Parliament as an organ of state from undue and needless interference in order for them to go about their functions which are to legislate, deliberate, and debate government decisions and to hold the government to account. These privileges and immunities include freedom of speech in both the House and committees, freedom from arrest in civil actions, freedom from obstruction, interference, and intimidation, exemption from jury duty, and exemption from being subpoenaed to attend court as a witness. It is important to note that these privileges were first claimed centuries ago when the English House of Commons had an issue carving out a role for itself within Parliament. These rights and privileges became necessary to protect the House of Commons and its members from the power and interference of the King and the House of Lords in England.

Today, parliamentary privileges are enjoyed by lawmakers across the world and are contained in the Constitution where applicable as vital for the proper and effective functioning of the legislature. In a memorandum to the Joint Committee on Parliamentary Privilege in 1998, the respected Constitutional lawyer, Francis Bennion explained to the lawmakers in England that the purpose of a parliamentary privilege is to “safeguard the dignity, and assist in the effective working, of Parliament considered as the prime organ of the state’s democratic government.”

He further said that: “Privilege extends to Parliament itself, and to the members and officers of each House, infringing it constitutes contempt of Parliament and is punishable in various ways.” According to the 25th Edition of Erskine May’s Treatise on the Law, Privileges, Proceedings, and Usage of Parliament, certain rights and immunities, including freedom from arrest or freedom of speech exist primarily to allow lawmakers to contribute effectively to the discharge of the functions of the legislature. “Fundamentally, however, it is only as a means to the effective discharge of the collective functions of the House that the individual privileges are enjoyed by Members,” the respected authority said.

It is submitted that because of the need to safeguard the dignity and sovereignty of Parliament, it became important for countries that operate a constitution to codify the privileges and immunities. This was rehashed by Francis Bennion when he wrote in his memorandum to the Joint Committee on Parliamentary Privilege that “the need to uphold the dignity and sovereignty of Parliament makes it essential to embody the code in Resolutions of the two Houses so far this can be done in consonance with the need for the code to be fully effective in law.”

The Constitution 1992 like many others across the world believes that all strong democracies need to have at their core the recognition that parliamentarians must be free to do their work, speak their mind during debates and deliberations in the House. It also recognises that MPs need to be given the facilities and freedom to represent their constituents’ views without fear or favour. This explains the reason why the framers of our Constitution made provisions for parliamentary privileges in Articles 115 (freedom of speech and proceedings), 116 (Immunity from proceedings for acts in Parliament), 117 (Immunity from service of process and arrest), 118 (Immunity from witness summons), 119 (Immunity from service as juror), 120 (Immunity for publication of proceedings), 122 (General contempt), and 123 (Criminal proceedings).

Of particular importance is the provision on immunity from service of process and arrest. Article 117 of the Constitution 1992 provides that “Civil or criminal process coming from any court or place out of Parliament shall not be served on, or executed in relation to, the Speaker or a member or the clerk to Parliament while he is on his way to, attending at or returning from, any proceedings of Parliament.” The provision of Article 117 of the Constitution 1992 has been restated by the Parliamentary Standing Orders, specifically Order 23.

As provided for in Article 122 of the Constitution 1992, “any act or omission which obstructs or impedes Parliament in the performance of its functions or which obstructs or impedes a member or officer of Parliament in the discharge of his duties, or affronts the dignity of Parliament or which tends either directly or indirectly to produce that result, is contempt of Parliament.” It is suggested that where Parliament decides to exercise its power to punish for contempt, this according to Article 123 of the Constitution 1992 would not be a bar to the institution of proceedings under the criminal law.

But this is not expected to interfere with the administration of criminal justice. The MPS’ Guide to Procedure, another authority on this subject, has said that MPs are only protected when they are “engaged in proceedings in Parliament, and have no special protection for anything they do outside those proceedings.” So, therefore, the privileges and immunities enjoyed by the legislators have limits. Also, it is not everything that happens in Parliament that can be categorised as a proceeding. What this means is that the protections of privilege will not apply to some things the lawmakers may expect to be covered. Correspondence with constituents, tweets or other posts on social media, speech at party meetings, and statements made to the media outside the confines of Parliament, among others are not covered by the parliamentary privileges and immunities.

Upon receipt of the said notification of arrest, the Speaker then notify the House accordingly by causing it to be published in the Votes and Proceedings. Erskine May states that “in all cases in which Members of either House are arrested on criminal charges, the House must be informed of the cause for which they are detained from their service in Parliament.” This requirement is important to the ancient claim to privilege for freedom from the arrest of Members of Parliament. It is, therefore, submitted that the police are required to notify the Speaker of the arrest of Members, however, there is no requirement anywhere that the notice must be served before the arrest is made. If ever there’s any such requirement in the laws of Ghana, then I am more than ready to read about it.

But the police are not expected to be arbitrary in their arrest or detention of anyone, including Members of Parliament. The term arbitrary was interpreted in the case of [Albert Womah Mukong v. Cameroon] to mean an arrest or detention that includes elements of inappropriateness, injustice, and lack of predictability and due process. Article 9 of the Universal Declaration of Human Rights provides for the right of all persons to not be arbitrarily arrested or detained. The same provision is found in the International Covenant on Civil and Political Rights particularly in Article 9(1), and Article 6 of the African Charter on Human and People’s Rights, among others. Article 15(1) of the Constitution 1992 provides that the dignity of all persons shall be inviolable. Clause 2 of the said Article 15 protects persons whether or not s/he is arrested, restricted or detained, from; (a) torture or other cruel, inhuman or degrading treatment or punishment; (b) any other condition that detracts or is likely to detract from his dignity and worth as a human being.

It is, therefore, submitted that in seeking to arrest any person, the police have to respect the dignity of all persons and work within the parameters set out in Article 15 of the Constitution 1992 to guard against arbitrary arrest. It is worthy to note that the arbitrariness of any arrest made by the police can be determined by the Ghanaian court.

DISCLAIMER: The Views, Comments, Opinions, Contributions and Statements made by Readers and Contributors on this platform do not necessarily represent the views or policy of Multimedia Group Limited.
Tags:
Contempt of Parliament
Parliamentary immunity