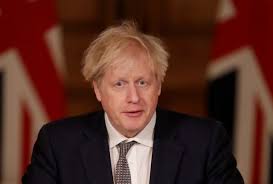 The UK and EU will keep talking in a bid to strike a Brexit trade deal, but “things are looking difficult”, Boris Johnson has said.

“Obviously the UK’s position is always that we want to keeping talking if there’s any chance of a deal,” the prime minister said.

He added: “Our door is open, we’ll keep talking, but I have to say things are looking difficult. There’s a gap that needs to be bridged.”

Mr Johnson was speaking after the EU’s chief negotiator said there were “just a few hours” remain for London and Brussels to reach an agreement.Advertisement

Speaking to the European Parliament, Michel Barnier said it was the “moment of truth” for the two sides coming to a Brexit agreement by the end of the year.

“We have very little time remaining, just a few hours to work through these negotiations in a useful fashion if we want this agreement to enter into force on the first of January,” he said.

Mr Barnier added that the bloc would not sign a deal “at any price or any cost”.

“I cannot say what will come during this last home straight of negotiations,” he continued.

“We have to be prepared for all eventualities.”

The cracks in the negotiations were reflected on the financial markets.

The pound, which has hit its highest levels for more than two years on Brexit deal hopes this week, lost Thursday’s gain of almost a cent against the dollar. It was trading above $1.35 and at €1.10.

The European Parliament has said any agreement must be struck by Sunday night in order to allow MEPs enough time to ratify it, while the UK government has said MPs could be recalled to the Commons if there is a deal.

Guy Verhofstadt, the EU Parliament’s Brexit co-ordinator, has told Sky News he “ultimately” thinks there will be an accord.

“It’s like always in politics, it happens always at the end,” he said.

Britain left the EU at the end of January and entered into an 11-month transition period, following EU rules and regulations whilst trying to negotiate a free trade deal by the end of this year.

The two teams have been attempting to thrash out an agreement ahead of the end of the transition, although negotiations have continued to remain stuck on a number of issues.

These include fishing rights and the so-called “level playing field” – measures to prevent what is seen as unfair competition through the lowering of standards or the use of state subsidies.

On fisheries, Mr Barnier said the bloc wanted to be free to retaliate and reduce EU market access to UK fish products if Britain squeezes European ships out of its waters.

“That is where we get to one of the most difficult issues at the moment. Fisheries being part and parcel of the trade
relationship,” he said.

Mr Barnier’s comments come after Boris Johnson told European Commission President Ursula von der Leyen that the talks are now in “a serious situation” and that a no-deal outcome is “very likely” unless the EU changes its stance “substantially”.

Mr Johnson was also said to have condemned the EU’s position on the issue of fisheries as “simply not reasonable” and told Ms von der Leyen that, if there was to be an agreement, it “needed to shift significantly”.

“He said that we were making every effort to accommodate reasonable EU requests on the level playing field, but even though the gap had narrowed some fundamental areas remained difficult,” a Number 10 spokesperson said.

Cabinet Office minister Michael Gove told MPs on Thursday that the chances of a deal were “less than 50%”.

The PM has insisted that Britain can thrive in a no-deal scenario.

But opponents say having to trade on World Trade Organisation terms from 1 January would cause problems for business and push up prices for consumers.