Bright Agropah: Quite shameful to socialise people to think all ladies want is cash 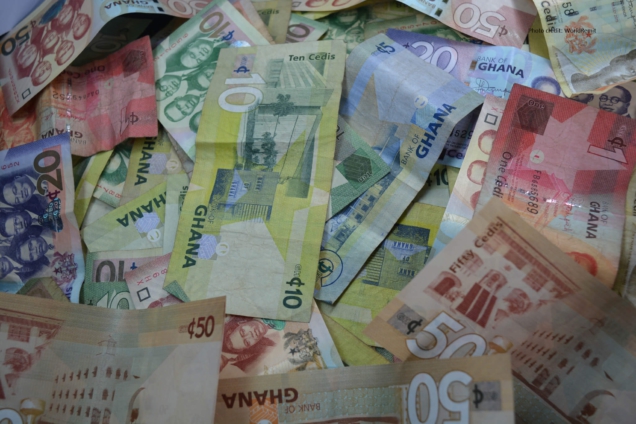 Upon a second thought, I decided to respond to it because of the destructive tendencies embedded in it.

The post cannot be viewed as a joke but, rather, an intentional message being propagated.

Unfortunately, we have over the years tolerated lousy claims and they have become albatross around our necks. If we continue to entertain more unfortunate comments, we will suffer more.

One other unfortunate thing I have realised is that people hide under the cover of ‘perspectives’ to make many untenable claims.

Let us stop this thing about perspectives. When someone churns out lousy and untenable claims in the name of perspectives, we should be worried and call the person out.

Claims must be supported by sound premises. That is what sane persons do.

Anyway, the post I chanced on read, “when a lady says all l want is CARE, ATTENTION, SUPPORT & HONESTY”. Now put all the first letters together (CASH). Son of Man, use your head.”

The writer who most likely hasn’t seen even ten percent of the world’s population of ladies is able to speak as their mouthpiece. Isn’t that funny?

No one can conclusively speak for a particular gender in the world. The writer should have said the ladies he has met or encountered mean ‘Cash’ when they say they need care, attention, support and honesty.

Maybe, just maybe, the writer is speaking on behalf of his mother, wife, sisters and female friends but to say that ladies mean cash when they say they want care, attention, support and honesty is hasty, untenable and deficient.

Subtly, the writer meant that any man who doesn’t practice the information above is not using his head. That is unfortunate. Isn’t it.

Let us analyze the content of the post. The post shamefully creates the impression that women are the only people who want cash. But is that true?

Some people – over the years – have painted women as lovers of money who can do anything just for the sake of money.

Such people reference the case of Delilah to make their point. But is Delilah the only person who was induced by money to do evil? Definitely, no!

A certain Judas Iscariot in the Bible is noted to have betrayed Jesus. Is Judas Iscariot a woman too? Did he not betray the saviour for money or cash just as Delilah?

Why then do we have to tag women as the lovers of money using the case of Delilah? Just like Delilah, there are some women who love cash and willing to do anything for it.

There are also men like Judas Iscariot who love cash and do not mind doing ignoble things for it. In all this, we should not lump together all women or men as lovers of cash who will do anything for it.

Have we considered that? Many young ladies do not want to make their own money. Many ladies are increasingly becoming lazy everyday and wanting to at all cost marry rich men only for some of them to cry later.

But can we blame the young ladies alone? Maybe not. We need to also blame those who socialize them that way.

I dare say that it is insulting to make it look like ladies are money-oriented beings and cannot work. Why should anyone in the right frame or sense even create the impression that women want cash but men don’t want cash. When we socialize women to want cash, they may end up burdening men unnecessarily and this is a reality in some relationships.

This shameful socialisation that women are only pleased with money or cash also explains why some men don’t think about the emotional and social needs of their wives.

Many men in our world today think the only thing they have to provide for their beloveds and wives is cash.

Cash is good but it is not all there is. Do women need cash only? Many women are wallowing in wealth but not happy because their husbands do not provide their emotional needs.

Let’s not propagate irresponsible claims that are destructive!

Bright Agropah is a distinguished purpose and relationship coach. He is a speaker, youth trainer, and reformist. He is an author of five books. His recent books are “The Big Search: A Comprehensive Guide to Settling on the Right Spouse” and “The journey to the altar”. He can be reached on brightagropah@gmail.com or 0500002083.

DISCLAIMER: The Views, Comments, Opinions, Contributions and Statements made by Readers and Contributors on this platform do not necessarily represent the views or policy of Multimedia Group Limited.
Tags:
Bright Agropah
Cash
Claims
False claims
Money
Perspectives
Socialization
Women