Build consensus with chiefs, other stakeholders in pursuit of government programs – Frema Opare to Regional Ministers 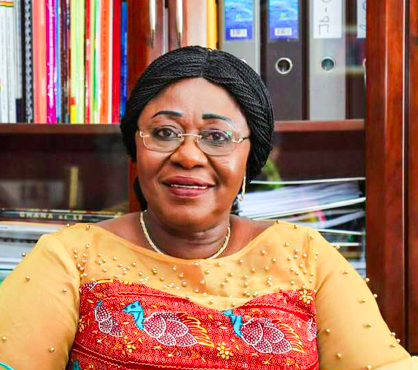 Chief of Staff Akosua Osei Frema-Opare has charged all regional ministers to build concensus with chiefs and other stakeholders within their jurisdictions in the pursuit of government policies and programs.

Addressing a regional ministers and chief directors conference, she noted that, consensus building can help with the effective implementation of policies and thus must be visibly employed by the ministers in their work.

“Regional Ministers, as a political head of the region, you must take your relationship with the cheifs and other opinion leaders in the region very seriously.”

Her comment comes after several traders were cleared from major streets in Accra as part of the Regional Minister’s ‘Making Accra Work’ project, with some including General Secretary of the governing NPP criticising his style.

Madame Osei Opare said that lack of communication and acknowledgedment of stakeholders have been a grave hinderance in public service administration.

It is important for the Regional Ministers to put in place structures that can help them receive information and feedback on some of the policies and programs being implemented by other agencies of government, she explained.

“Let us be very responsive in this regard so that actions which ought to be taken are not unnecessarirly delayed or not taken at all,” she added.

On his part Local Government Minister, Dan Botwe said government will actively build the capacity of Regional Coordinating Councils to be able to engender public participation in development.

“We have the local government studies, one in Accra and the other in Tamale. Government is helping them putting up structures and strengthening them so that they can also offer training, from an assembly man to the chief director within the local government service. All of them their capacities should continue to be built.”

Mr Botwe added his ministry will also supervise the local government authorities to ensure they work according to their mandate.

“At the end of the day, this is to make sure that there is popular participation and the deliverables are met. The ordinary Ghanaian should feel the presence of governmence and government helping them to do what they themsleves cannot do and make sure that we will work to meet their aspirations.”