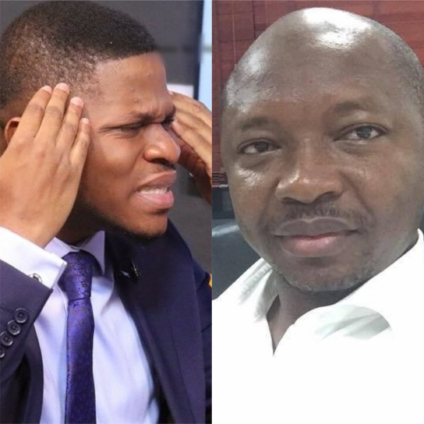 Former Member of Parliament (MP) for Kumbungu Constituency, Ras Mubarak, has urged the leadership of the National Democratic Congress (NDC) to call the Communications Officer, Sammy Gyamfi, to order.

Mr Gyamfi has accused the Speaker of Parliament and the leadership of the NDC caucus of betraying the party after the House voted to approve all the nominees vetted for ministerial positions Wednesday night.

“Comrades, the betrayal we have suffered in the hands of the Speaker of Parliament, Rt. Hon. Alban Bagbin, the leadership of our Parliamentary group, particularly Hon. Haruna Iddrissu and Hon. Muntaka Mubarak, and dozens of our own MPs, is what strengthens me to work hard for the great NDC to regain power,” he posted on Facebook.

The party had hoped that its members would vote against some of the nominees, particularly those with security portfolios. But that didn’t happen. All nominees presented before Parliament were approved by a majority vote.

Speaking on Adom FM’s morning show Dwaso Nsem Friday, Mr Mubarak, who has also joined calls from the NDC to carry out a reshuffle of its leadership in parliament, said although Mr Gyamfi has the right to criticise, he could have done that constructively and not to attack the Speaker and leadership of NDC in parliament.

“What crime did Alban Bagbin commit for you to attack him this way? For a whole Communications Officer to attack Muntaka, Haruna and the Speaker like this means he doesn’t know them too well. Does he know how they fought for the party during the elections?

“It is good to criticise constructively and not to attack the image of persons in the party. Sammy Gyamfi needs to be called to order because he is completely out of order,” Mr Mubarak said.

Going forward, Mr Mubarak added the leadership of the party must instil discipline to prevent such outbursts.

DISCLAIMER: The Views, Comments, Opinions, Contributions and Statements made by Readers and Contributors on this platform do not necessarily represent the views or policy of Multimedia Group Limited.
Tags:
Ministerial appointments
Ras Mubarak
Sammy Gyamfi