Cardi B claps back at haters over Billboard Music Awards photo 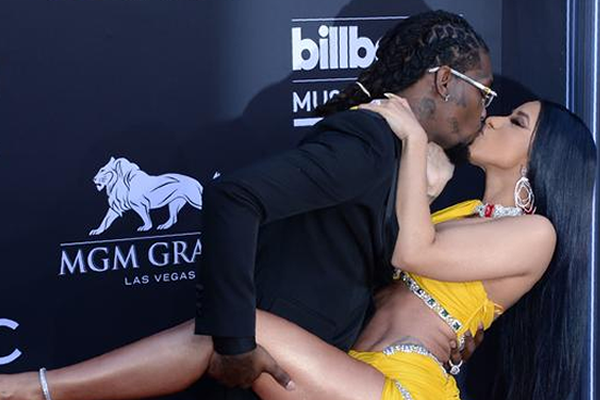 Cardi B is clapping back in real time.

During her appearance at the Billboard Music Awards on Wednesday (May 1), a photo of her on the red carpet went viral.

The image shows Offset holding up his wife’s leg in a provocative pose.

She received criticism from social media who thought she was exposing even more than what it appeared.

It didn’t take long for Cardi to fire back at her critics. In the middle of changing outfits during the live broadcast, Cardi posted a backstage video addressing her critics.

Wearing little to nothing, she filmed herself in the mirror while giving an NSFW anatomy lesson.

“First of all, that ain’t my pu**y. My pu**y right here. This is where I birthed my daughter from. This right here, you know the part that shows when I go like this, that’s just my ass.”

She continued, “You know when you’ve got a fat ass, that shit gets fat right there? This part right here, this is the part that gives the d**k comfort. You know what I’m saying.”

Cardi B ended with one final savage clap back: “Y’all wanna look at my pu**y so bad, y’all shoulda went to see me when I was a motherfu**in’ stripper and I was promoting myself. Now, too bad.”

During Wednesday’s show, Cardi went home with several Billboard Music Awards including Top Rap Song for “I Like It” and Top Hot 100 Song for her Maroon 5 collaboration “Girls Like You.”