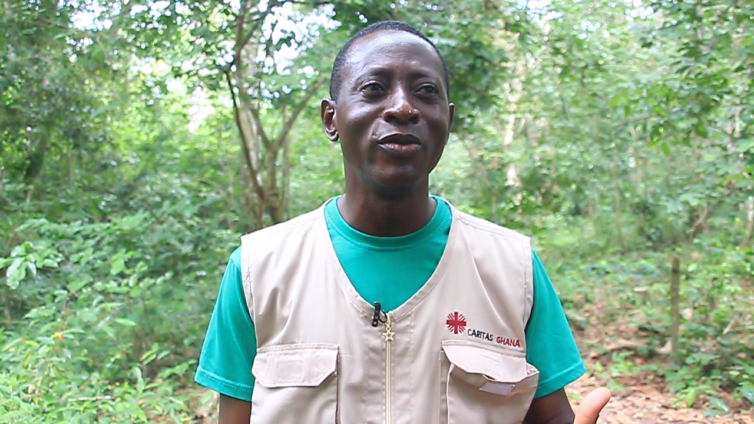 In the wake of the Achimota Forest Reserve brouhaha, the Catholic Archdiocese of Cape Coast is pushing for the payment of carbon credits to those who are keeping and protecting forest reserves in the country.

They say, the Green Ghana initiative will be meaningless if those who are contributing to protecting the existing forest reserves are not incentivized and motivated to continue using their lands for that purpose.

The Director for Socio-economic Development at the Archdiocese of Cape Coast, Rev. Father Stephen Amoah Gyasi, indicated the church’s forest reserves at Holy Child School in Cape Coast, the St. Theresa’s Seminary at Amissano, and other spaces are being encroached upon and the government should help them to protect such spaces.

He says, “Is there any incentive to preserve the forests or are we just planting trees?” If having this forest (the Amissano forest Reserve) gives the country something to preserve, we may need to add more to have more forest. ”

He further asserted that if the country is planting trees and other people are going behind cutting the existing trees, then it creates a big problem for the country.

According to Rev. Father Stephen Amoah Gyasi, the preservation of the forest does not only inure to the benefit of the people that preserve it, but also the entire country.

“The Rector of this place (St. Theresa’s Seminary, Amissano) was telling me that people come in and they hunt for animals and cut down the trees.” “That’s not fair,” he said.

He thus called on the government to find a way of supporting institutions and individuals that are protecting the forest by paying them carbon credit. He maintained that the government should find a way to give them some incentive for the preservation of a forest that protects the people of Cape Coast and its environs.

At the Holy Child Senior High School in Cape Coast, where the school is situated within a vast forest reserve that plays host to monkeys and other animal species, people have started killing the animals and encroaching on the area. The church describes this phenomenon as worrying and wants the Forestry Commission and allied agencies to support them to halt such practices.

The Catholic Archdiocese of Cape Coast is convinced that should the government consider giving carbon credit to the church, other institutions and individuals that are contributing to keeping Ghana’s forest, it will motivate them and make Ghana’s quest to plant more trees more meaningful.

The church has also been assessing the number of tree seedlings they received and planted last year during the Green Ghana Day.

DISCLAIMER: The Views, Comments, Opinions, Contributions and Statements made by Readers and Contributors on this platform do not necessarily represent the views or policy of Multimedia Group Limited.
Tags:
Archdiocese of Cape Coast
Catholic church
Father Stephen Amoah Gyasi