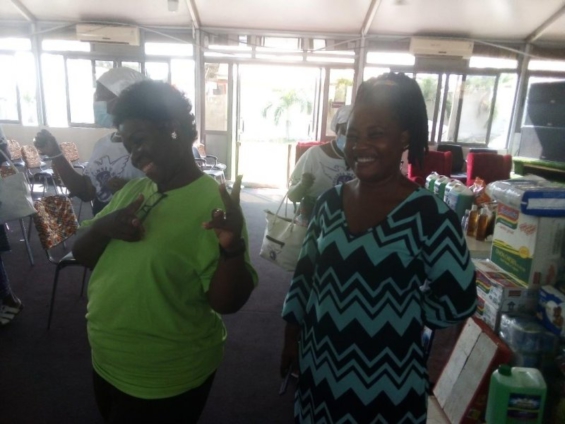 A team of facilitators of the Yaw Owusu Ansah (YOA) Disability Foundation in Dansoman, has called on government and other corporate institutions to donate to support over 250 children suffering from cerebral palsy across the country.

Mrs Dufie Nyarko, of the YOA Disability Foundation, made the appeal through the Ghana News Agency after donating assorted items to some cerebral palsy children, saying government must lookout for people with disabilities such as cerebral palsy groups and provide them wheelchairs, schools, shelter, toiletries, clothing and food.

Mrs Nyarko said, though, their institution looks out for orphanages to donate or support, they still wanted to appeal to the government through the Gender Ministry, churches, and individuals to donate to support children living with cerebral palsy.

Mrs. Benedicta Oduro, a Facilitator at the YAO Disability Foundation, in an interview with GNA on the issues pertaining to cerebral palsy, said it was a disorder that affected movement and muscle tone.

It is caused by damage in the immature brain of a child, most often before birth and this causes an impaired movement associated with abnormal reflexes, floppiness, abnormal posture and unsteady walking.

“In most cases of cerebral palsy, it cannot be prevented, but you can lessen its risk, so there is no need for the public stigmatizing or demonizing children living with cerebral palsy,” she said.