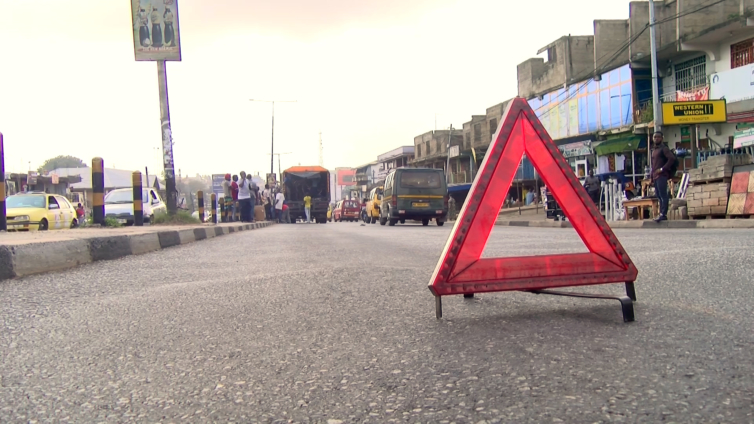 The Centre for Transport Security Dialogue, CETSED has lauded the Ministry of Transport’s decision to reintroduce the Road Towing Levy as a measure to mitigate road crashes.

CETSED says the reintroduction of the levy would clear Ghana’s highways and streets of broken-down vehicles which have been responsible for accidents.

Earlier, the Road Towing Levy was aborted by the Akufo-Addo government following public resistance against the legislation.

In a letter signed by Transport Minister Kwaku Ofori Asiamah, he said, the government will scrap the Legislative Instrument LI 2180 backing the implementation of the mandatory tow levy.

The levy which is to be reintroduced following a successful stakeholder engagement organised by the Transport Ministry in collaboration with the National Road Safety Authority will help reduce drastically if not entirely the alarming 11% of road crashes caused by disabled vehicles on the country’s major highways, CETSED indicated.

“The Road Towing Levy is a bill that must be enforced as the principle of Regulation 103 to 105 of L.I. 2180 to promote safety on our roads as well as ensures that state institutions charged with the responsibility to ensure safer road transportation are well resourced,” the organization added.

It expressed its commitment to seeing to the full and appropriate implementation of the law as envisioned by its proponents.

“CETSED will not relent in the pursuit of the full implementation of one of Ghana’s most beautiful laws that have been shelved because of political expediency and lack of proper education of citizens on the importance of L. I 2180,” it said.

Meanwhile, the group raised concerns about education and sensitization on the bill, accountability and probity of the bill, and sanctions and its implementation.

CETSED explained that those the bill would affect i.e. drivers, towing companies, vehicle owners etc. would have to be sensitized on the nitty-gritty of the bill to ensure that it does not face the stiff resistance it did some years ago.

“First and foremost, we wish to call on the Ministry and its agencies to take the issue of explaining the importance of the law to the citizens very seriously, we have already taken note of several gaps in the PR strategy adopted so far by spokespersons of the National Road Safety Authority and wish to advise that a serious public education must be embarked on across the length and breadth of Ghana,” the group advised.

It noted that concerns have been raised not only about the cost of towing but also sanctions against towing companies that do not perform their duties on time.

“Many have raised concerns on how the law we will have will put in place a sanction regime that will ensure that vehicle towing companies that will be engaged across the country can be punished severely if their actions and inactions especially when disabled vehicles are left on our highways beyond the regulated time of an hour to two to cause accidents.”

It further called for the criminalization of the bill to foster accountability on the part of the towing company and the driver or owner of the broken-down vehicle.

It finally added that sanctions should also be proscribed for towing companies that refuse to tow broken-down vehicles two hours after it has been reported and causes an accident.

“They should be fined, compensation should be paid to the victims of their negligence, a possible jail time and their license should either be suspended or revoked depending on the gravity of the accident caused,” CETSED recommended.

“CETSED strongly believes that this approach of criminalizing the bill would benefit all parties involved and bring some level of accountability which most Ghanaians are genuinely advocating for,” it stated in conclusion.

The Road Towing Levy LI was passed in 2012 under the NDC government to empower the National Road Safety Commission to charge all motorists a levy ranging from 10 to 200 cedis based on tonnage.

The plan set for implementation on July 1, 2017, triggered massive backlash on social media and was subsequently scrapped.