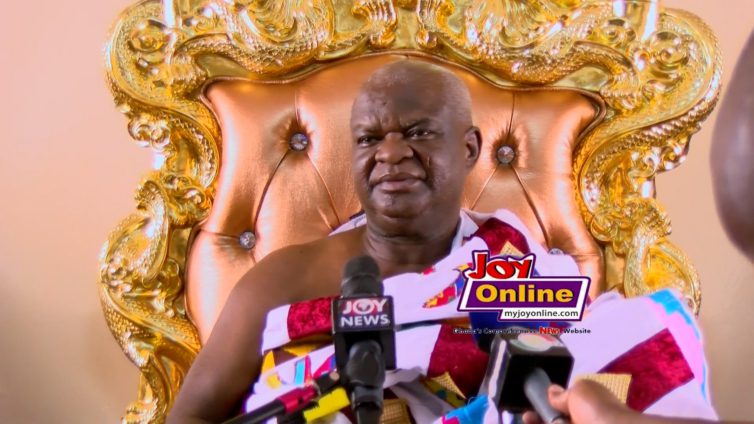 The Paramount Chief of Sefwi-Yiawso traditional area, Okatakyie Kwasi Bumangama the second, says he will cause the arrest of any chief in his cabinet found to be engaged in illegal logging in forest reserves.

He has put himself up as “Forest Police” to lead in efforts aimed at protecting forest reserves.

As a first step, the traditional leader is supporting the Forestry Commission with five drones to monitor illegal activities in the forests.

The Western North Region is endowed with 27 forest reserves, covering an area of 1, 852 kilometers.

The Forestry Commission has however noticed with concern the spate of illegal logging, farming and in some instances, illegal mining along the Ahafo-Bono-Western North corridor.

The government’s Operation Halt task force, made up of the military and forest guards, has been clamping down on such activities in the area.

Chief Executive of the Forestry Commission, John Allotey, is courting the support of traditional authorities, timber contractors and the public to sustain activities to clamp down on the illegal activities.

“The Forestry Commission has moved from the point where it is solely the responsibility of the Forest Commission to protect the forest.

“You realize that those who are closer to the resource when you engage them and they are part of the people who help to protect the forest, you can make more progress.”

Wiawsohene, Katakyie Bumangama the second has warned his subjects to desist from indulging in activities that put the forest reserves in danger.

“If you want to venture into timber milling, then use approve means. You have no business engaging in illegal logging in the forest. Once it comes to my notice, I will arrest you

I will arrest any of my chiefs who is also found to be encouraging illegal chainsaw and farming in forest reserves. Call me the Forest Police,” Katakyie Numangama warned.

He wants government to set up a permanent military camp in the area to protect forest reserves.

“I will appeal to CEO of Forestry Commission to support my call for a taskforce or we should impress on the President to set up military camp here.

“Once they team up with police, then we can be assured of total protection of our precious forest reserves,” he said.

Katakyie Bumangama who is also a board member of the Forestry Commission, is promising to donate five drones to aid surveillance in reserves.

This is in addition to the two drones he donated to the commission early this year.