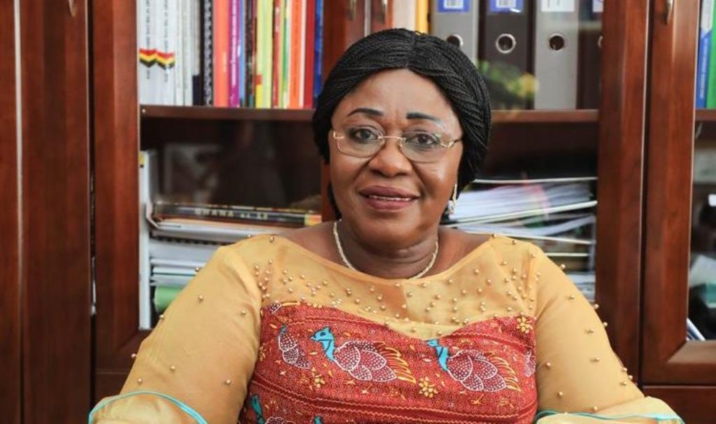 JoyNews’ Presidential correspondent, Elton John Brobbey, has revealed that the Chief of Staff, Akosua Frema Osei-Opare, was at a point denied access to the Member of Parliament for Dome-Kwabenya, Sarah Adwoa Safo’s residence.

During a round table discussion on JoyNews’ State of Play on Thursday, he stated that Madam Osei-Opare was tasked to go look for the MP when her absence from Parliament became consistent.

However, when she arrived at her residence, “the Chief of Staff did not even have access to the estate’s compound.”

“The security guys told her that until they get express instruction from the occupant who she was going to visit they will not allow her in,” he said.

According to sources, “the woman [Chief of Staff] stood there for a while almost an hour and she left.”

He stated that following the Chief of Staff’s denial, she flew out of the country after making certain demands that were not met.

He said that the Minister for Women, Gender and Social Protection, requested for the position of the Deputy Majority Leader and also to be a Minister of State.

The Dome-Kwabenya MP was accused of blackmailing the government and using her position as a bargaining chip to nullify government business.

“All the problems government is facing are attributable to Adwoa Safo. Clearly, her intention and posture show that she wants to sabotage NPP,” New Juaben South MP, Michael Okyere Baafi said in an interview on Kumasi-based Hello FM.

Meanwhile, there have been calls for the Dome-Kwabenya MP to be removed from her position so that a bye-election can be held to elect a new Member of Parliament. This according to some NPP supporters will allow for Parliamentary business to continue since she is impeding it.

Sarah Adwoa Safo has been absent from Parliament for a while following an extension of her leave which was granted by the President in 2021.

She had become the subject of public debate some months ago following allegations that she was impersonated during Parliamentary proceedings on November 30, 2021, because the Majority side needed the numbers at all cost to approve the government’s 2022 budget.

The controversy was excavated when videos and photos of a woman believed to be an imposter at the proceedings in Parliament went viral on social media.

In the video, the woman was seen wearing a nose mask, leaving the chamber right after the headcount which led to the approval of the budget statement.

However, amidst the brewing controversy, the MP for Dome-Kwabenya, Sarah Adwoa Safo arrived in Parliament without a nose mark, triggering cheers from her colleague Majority MPs.

Commenting on the controversy about her absence, Ms. Safo affirmed that she was indeed present, and called for the allegations to be dismissed.

“That is an insult on womanhood so those making that noise, Mr Speaker should withdraw,” she stated.