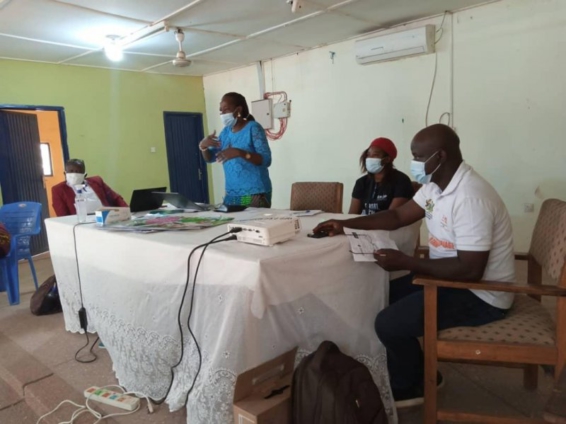 Mr Abdul-Rauf Alhassan, the Jirapa Municipal Director of the Commission on Human Rights and Administrative Justice (CHRAJ), has appealed to Parliament to expedite action on passing the Affirmative Action Bill into law.

He said passing the bill into law was a sure way of achieving increased women participation in decision making since it would become obligatory for the government to give equal opportunity for men and women to be able to participate effectively in decision making at all levels in the country.

Mr Alhassan was speaking during a capacity building workshop for the Equal Rights and Opportunities for Women and Girls Project (EROP) Support Team at Nadowli in the Nadowli-Kaleo District of the Upper West Region.

EROP is being implemented by GH Alliance, the African Centre for Human Rights and Sustainable Development (AfCHuRSD) and WOMEN IN NEED (WIN) with funding from the Dutch Embassy in Ghana.

The Jirapa Municipal Director of CHRAJ noted that ensuring equal opportunity for men and women in decision making would speed up development, adding that women have a lot of skills and potentials that could be tapped for nation-building and should therefore not be relegated to the bottom.

Madam Bernice Naah, the Executive Director of AfCHuRSD, said she was happy that the Speaker of Parliament, Mr Alban Bagbin, himself acknowledged that the Bill had been on the drawing board for far too long and that there was the need to do something about it.

She said per this, the Speaker recognised that women have a critical role to play in building the country, hence the need to pass the Bill into Law to give them equal opportunity to play their part.

She highlighted the need to build women capacity to better prepare them to avail themselves for leadership roles when the Bill was passed into law, hence the essence of the training being held for the EROP Support Team.

Speaking on gender roles and domestic violence, Dr Eunice Yorgri, a Lecturer at the Department of Planning, Faculty of Planning and Land Management of the Simon Diedong Dombo University of Business and Integrated Development Studies (SDD-UBIDS), noted that women could be what was expected of them if given equal opportunity.

She said empowering women would reduce the burden on men at the family level, pointing out that women should always not be relying on men to survive when they were blessed with so many skills that could lead them out of their current situation if given the opportunity.

“Women should be complementing the men but how can that be possible when they are not given the equal opportunity to empower themselves,” she questioned.

“Educating the girl child is equally important as educating the boy child”, Dr Yogri said and urged parents to find innovative ways of motivating their girls such as encouraging and rewarding their efforts at school.

The Lecturer also advised men to desist from perpetrating violence against their wives, saying it had no benefit apart from harming the woman and sowing the seed of pain and hatred in the family.

Mr Umar Yakubu Yaarun, the Nadowli-Kaleo District Director of CHRAJ, urged participants to replicate the training in their communities and endeavour to report cases of domestic violence to the appropriate agencies for help.

EROP was proposed as a result of the numerous human rights challenges faced by women and girls, in particular, thereby prohibiting them from realising their rights and also taking opportunities for the advancement of their ambitions.

Therefore, the project sought to ensure that women and girls in Ghana realised their human rights and utilize opportunities to better their lot.

DISCLAIMER: The Views, Comments, Opinions, Contributions and Statements made by Readers and Contributors on this platform do not necessarily represent the views or policy of Multimedia Group Limited.
Tags:
Affirmative Action Bill
CHRAJ
Parliament of Ghana