Chronology of power crisis and lessons for ending the current crisis - MyJoyOnline.com

Chronology of power crisis and lessons for ending the current crisis 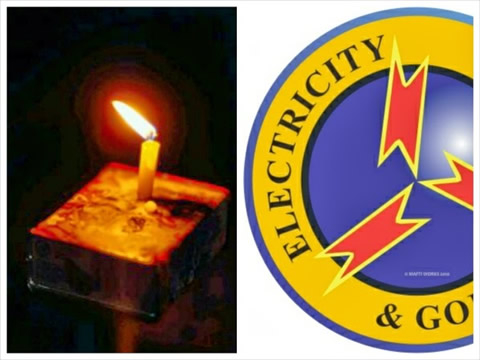 The discomfort that comes with power crisis and the devastation caused the economy are the reasons every government must be visionary and responsive in preventing its occurrence. It is no more secret that Ghanaians are not happy about the last three years of power crises and our inability as a country to confront the challenge in spite of the lessons previous power crises have presented us with.

Indeed our history shows that, we have successfully managed power crises in the past; and we can do it again if we muster the necessary political will and courage to take bold decisions. This paper attempts to highlight the chronology of interventions by previous governments to addressing power crises and to bring to attention lessons that can help solve the current one.

This crisis arose largely as a result of poor rainfall in the Volta River catchment over the 1982-84 period. This was exacerbated by the large power requirements by Valco, the aluminum Smelter which had a contractual requirement of up to 370MW at the time. The combination of the drought in the sub-region and the large power requirements imposed on the Akosombo power plant by Valco resulted in the shortage of power supply from the plant. It is to be noted that, at the time, the country depended solely on the Akosombo power plant for its electricity supplies. Togo and Benin also depended on power delivery from the Akosombo plant through a Power Supply arrangement signed in 1972.

The strategy developed by the PNDC to deal with the crisis was to negotiate and cut off power supply to Valco with the exception of a minimum amount of power required to maintain smelting equipment, lighting, etc. Supply of power to Valco was therefore reduced from a contractual value of 370MW to 20MW.

As a result of the lessons learned during the crisis, the VRA commissioned a study to define power infrastructure investments from 1985 and beyond. This was contained in a report entitled "Ghana Generation Planning Study" issued in 1985. The Study recommended the rehabilitation of the 30MW Tema Diesel Power plant by 1986 and the construction of 250MW of thermal power plants during the period 1988 to 1996. The Tema Diesel Power plant was installed in 1961 and pre-dated the Akosombo Power plant.

While efforts may have been made, no new power plants were constructed. The Tema Diesel Power Station was rehabilitated and put into service between 1991-93 and worked at best sporadically and at high cost.

In the interim, La Cote d'lvoire had been making great strides in implementing reforms in their power sector and encouraged the advent of the operation of Independent Power Producers (IPPs). Consequently, in 1994, La Cote d'lvoire ceased to import power from Ghana, an arrangement which had been in place since 1983. Indeed, in that same year, the roles reversed and Ghana imported power from La Cote d'lvoire due to a short-term power shortage as a result of delayed rainfall into the Volta Lake.

It was not until December 1997 and January 1998 that Ghana finally had its first 220MW at the Aboadze Power plant (Takoradi 1 or T1). This was 12 clear years after the recommendation to build a thermal power plant had been made. The 110MW steam turbine was added to make it a 330MW combined cycle in 1999.

Also, in 1995, leaders of Nigeria, Ghana, Togo and Benin signed an Agreement for the development of the West African Gas Pipeline (WAGP), a project proposed by ECOWAS in 1982, based on private investment and commercial principles to supply gas security for attracting private investors into power generation; but it was not until in 2003 the four nations signed the International Project Agreement to allow for the construction of the pipeline to commence in 2005.

This crisis arose lately as a result of a number of factors, namely, drought in the sub-region due to the El Nino climatic phenomenon and the growth in the demand for power in Ghana largely as a result of economic growth. The rate of growth of demand for power in Ghana was of the order of 10-12% per annum. While drought may have been a factor, the most significant contribution to the crisis was the delayed investment in additional thermal power plants. For 12 years after the crisis of 1983-85, the country still depended on the Akosombo/Kpong hydro plant, with some additional supply from La Cote d'Ivoire as and when there was surplus energy in that country.

In order to address the shortage of power, the NDC Government instituted the following measures:

Notably, two other transactions to lease thermal plants to ameliorate the crisis ran into commercial and contractual disputes. In the case of Faroe Atlantic, the 70MW plant was not delivered and resulted in a commercial dispute which went all the way to the Supreme Court. The other transaction involved SIIF which delivered a 32MW power plant long after the power crisis was over in 2001/2002. The legal issues were subsequently settled between the Government and the owners of the power plant.

The crisis subsisted until 2000.

The Government arranged for the expansion of the Aboadze Power Complex with the phased addition of a 330MW Combined Cycle power plant. The Government policy at the time was to use private capital in whole or part in developing and investing in power generating plants.

The first phase of the expansion involved the construction of 220MW Gas turbines by the Takoradi International Company (TICo), also called Takoradi 2 (or T2), a joint Venture (JV) between CMS Generation of the USA and the VRA. Subsequently, CMS' stake in the JV was taken over by TAQA of Abu Dhabi. The gas turbines were commissioned in February and September 2000 respectively. The additional 110MW steam to form the combined cycle block is however currently under construction.

The major reason for the crisis was the poor rainfall resulting in reduced inflow into the Volta Lake and the non-availability of sufficient reliable thermal power generators at the Aboadze power plant to complement the reduced generation from Akosombo/Kpong. Notably, the Aboadze plant had suffered a prolonged outage due to a fault.

Following the crisis, the Government implemented projects aimed at addressing the medium to long-term power generation investments in the country. They included:

In addition the following private sector (IPP) projects were facilitated.

The current crisis commenced in August 2012 when a fault on the WAGP pipeline resulted in the cut-off of natural gas supply from Nigeria to the thermal power plants in Ghana. Subsequently a number of reasons have been adduced as the cause of the power shortage including:

Notwithstanding the reasons above,

These factors have had combined effects on the current power crisis.

What Government must do?

In the short-term, the government must take the following measures.

These measures will make available about 800MW of generation capacity (from existing and new capacity), more than required to neutralize the 650MW power deficit currently being shed in the country. In this case, we will need only one power ship (225MW) and not two or three as currently being negotiated by Government at huge cost to the state.

In the long-term, Government must incentivize accelerated private sector investments in power generation through realistic tariffs and fuel security particularly from indigenous gas sources and Liquefied Natural Gas (LNG) projects. This should take into consideration the annual growth in demand for power at 12% and a reserve margin of 25%. A number of Power Purchase Agreements have already been signed but have not yet translated into generation capacity due to delays in reaching financial closures.

Government must also pay its debts to the Electricity Company of Ghana (ECG) and stop further accumulation of new debts to improve on the financial strength of the company thereby repositioning it as a credible off-taker. This is necessary to reassure investors that ECG can pay for the power sold to it.

However, while such investments are necessary, the current experience shows that the process for reaching these power deals is not transparent and predictable. The effect of this is that substandard plants are brought in with low fuel efficiency as well as low availability factor.

We must also set realistic timelines for bringing new generation capacity on stream to allow for industrial development planning. This should also take into consideration the need to rehabilitate and expand the transmission and distribution network since increasing generation capacity without expansion in the transmission network brings on us another challenge of distributing generated power.