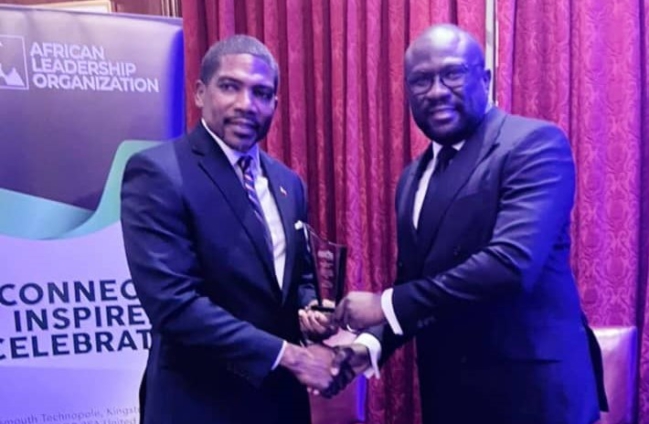 Chief Executive Officer of the National Food Buffer Stock Company (NAFCO) says the task to improve the global food insecurity situation will require a concerted effort rather than what he described as separate approaches and stance.

“As a global community, one of the bitter lessons we are supposed to have learnt from the twin issues of the Covid-19 and the Russia-Ukraine War is the food insecurity issue which now posses a threat to hunger, insufficiency and malnutrition in various parts of the world, which requires a united front to address.”

Mr Abdul-Wahab was addressing the just-ended International Forum on African-Caribbean Leadership in New York on the sidelines of the 77th United Nations General Assembly Session.

It was on the theme, “Redefining trans-regional cooperation for sustainable peace and development” and was attended by some heads of states, business leaders, diplomatic community, donors and the academic institutions.

He told the forum that the current imbalances in food sufficiencies calls for urgent convergence of ideas and resources to ensure adequate food access to some 821 million said to be hungry globally.

The United Nations and the World Food Programme have said two billion people experience moderate to severe food insecurity and that one out of seven children are born underweight.

It has also been predicted that hunger and malnutrition is expected to increase in the next few years if urgent steps are not taken to curtail the worsening global food crisis.

The President of Guyana, President Irfaan Ali who officially opened the Forum demanded a level playing field to enhance growth in developing countries.

“The quest for global food security cannot be won on ideological lines by super power nations”, he said, urging greater protection for fresh water which he said will become a very important commodity in most nations.”

While affirming the commitment of Guyana in becoming the leader in food security in the Caribbean, President Ali asked world leaders to set timelines to phase out fossil fuels.

The Prime Minister of St. Kitts and Nevis, Dr Terrance Drew, and his counterparts from Antigua, and St. Lucia, Gaston Browne and Phillip J. Pierre, told the forum the Caribbean nations have readied themselves to support any last efforts to end strive in developing nations including pragmatic strategies for food security.

The first Commander of the United States Africa Command Centre, Gen. Willam Ward, was hopeful the United Nations would find an end to the raging Russia-Ukraine War soon in order to alleviate its devastating impact on other nations.

The Publisher of the African Leadership Magazine, Dr Ken Giami, said the annual forum was to create a platform for African and Caribbean governments to reassess their roles in international systems with a view towards increasing partnerships and collaborations towards achieving peace, prosperity and sustainability for all.

The forum awarded some individuals including Mr Hanan Abdul-Wahab who was presented with the Special African Business Leadership Commendation Award in recognition of his works in ensuring food security in Ghana.

Other recipients of the award included the President of the Defence and Police Officers’ Wives Association of Nigeria, Barrister Mrs Vicky Irabor, whose advocacy works on SDGs was also recognised.