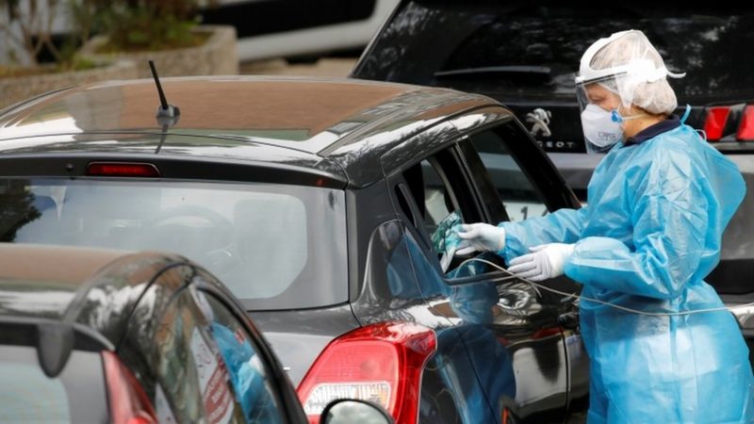 Coronavirus deaths are on the rise across Europe, as the second wave of the pandemic takes its toll

A “tough” six months lies ahead for Europe, which is once again the epicentre of the coronavirus pandemic, the World Health Organization (WHO) has warned.

“That is one person dying every 17 seconds,” he told a briefing on Thursday.

However, he said new cases were declining as lockdowns curb infections.

As a second wave of the pandemic gathered pace in October, most European countries reintroduced strict restrictive measures to stem the spread of the disease.

So far, Europe has seen 15,738,179 confirmed infections and 354,154 deaths attributed to the coronavirus, with only the Americas reporting higher region-wide figures, according to WHO data.

A large portion of those infections and deaths have been registered in the UK, Russia, France, Spain, Italy and Germany. In Europe, the UK has the highest death toll at 53,870, while France has the highest number of cases at 2,115,717.

Mr Kluge said Europe accounted for 28% of global cases and 26% of deaths.

He expressed particular concern over the situation in Switzerland and France, where intensive care units are at 95% capacity.

“Europe is once again the epicentre of the pandemic, together with the United States,” Mr Kluge told a news conference in Copenhagen, Denmark. “There is light at the end of the tunnel but it will be a tough six months.”

The development of vaccines, which train the immune system to fight off the virus, have raised hopes of bringing the pandemic under control.

DISCLAIMER: The Views, Comments, Opinions, Contributions and Statements made by Readers and Contributors on this platform do not necessarily represent the views or policy of Multimedia Group Limited.
Tags:
Coronavirus
Europe