Correction: Relative of JB admits Nkrumah is a founder 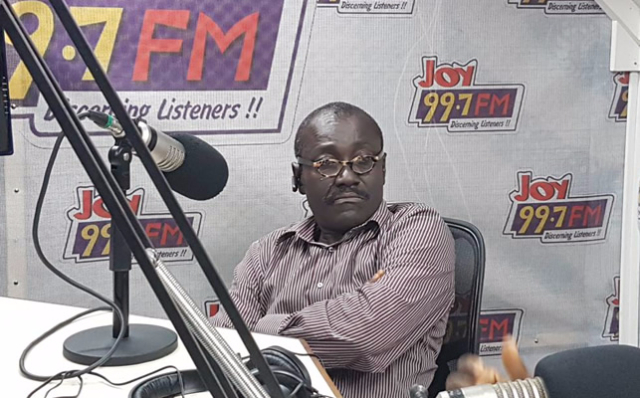 I am settled in my mind that Dr Kwame Nkrumah is a founder of Ghana, a member of the governing New Patriotic Party and a relative to the late JB Danquah, has said.

Nana Fredua Agyemang Ofori-Atta insists he does not need anyone to tell him Dr Nkrumah was the founding president of Ghana nor will he wait for a Chinese to tell him how great Nkrumah was.

Speaking on Joy FM’s Ghana Connect programme Friday Nana Fredua said while it is true that Nkrumah played a leading role in the fight for independence it will be inaccurate to underestimate the role of others, some of whom have been needlessly castigated by some members of the opposition National Democratic Congress.

He was contributing to the founder’s and founders’ day controversy triggered by president Nana Akufo-Addo when he proposed August 4 as the Founders’ Day holiday and 21 September as the Nkrumah Memorial Day which will also be a holiday.

The president called for a healthy debate to settle once and for all an age-long debate which has seen politicians and political traditions tear each other apart.

Even though Dr Nkrumah was invited to help in the independent struggle by members of the UGCC, he broke away to form his own party the CPP which eventually won independence for Ghana in 1957.

Before and after independence, the tension and animosity between Nkrumah and leaders of the UGCC existed.

It became worse when Dr JB Danquah died in prison in 1965 after being jailed by Dr Nkrumah.

Ghana’s politics have gone through different stages and experiences including decades of military takeovers but it appears time is yet to heal the differences between elements supporting the Nkrumah tradition and those supporting the UP tradition.

These past few days have seen many heated arguments over whether the president was distorting history when he proposed the institution of the Founders Day on August 4.

In a rather surprising contribution and a departure from the typical UP narrative Nana Fredua said Nkrumah must be given the pride of place in the independent struggle.

“We are proud of Nkrumah in Ghana. I don’t need another person in another country, China to tell me Nkrumah is great. Me I must know. And you introduced me as somebody who is related to Danquah and I am not going to shirk from it.

“Dr Danquah died in the prisons of Dr Nkrumah but when you come to my house I have books on pan Africanism,” he said.

Dr David Persie a member of the Socialist Forum who was also on the show said president Nana Akufo-Addo is 60 years late if he now wants to settle a debate on who the founder of Ghana is.

He accused the president of attempting to falsify history.

He argued that Dr Nkrumah played an indispensable role in the fight against colonialism, adding a man who has been given global recognition as being founder of Ghana cannot be seen to undermined in his own country.

Attached is the exerpts of the discussion of what he said.