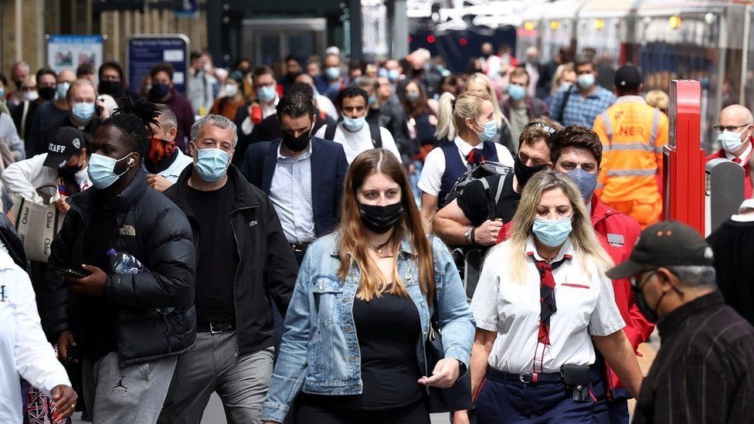 More than 50,000 daily coronavirus cases have been reported in the UK for the first time since mid-January.

From Monday, lockdown rules will end in England – although some guidance will remain.

Prof Chris Whitty said the number of people in hospital with Covid was doubling roughly every three weeks.

The UK is “not out of the woods yet” and people should act with caution as restrictions are eased on Monday, he added.

The highest number of daily cases the UK has recorded so far is 68,053 on 8 January.

Health Secretary Sajid Javid had previously warned case numbers could reach 50,000 a day by 19 July, and as high as 100,000 over the summer.