Current criminal code is a little vague, it did not capture all alphabets – Rt. Rev. Mante on anti-LGBTQI+ bill - MyJoyOnline.com

Current criminal code is a little vague, it did not capture all alphabets – Rt. Rev. Mante on anti-LGBTQI+ bill 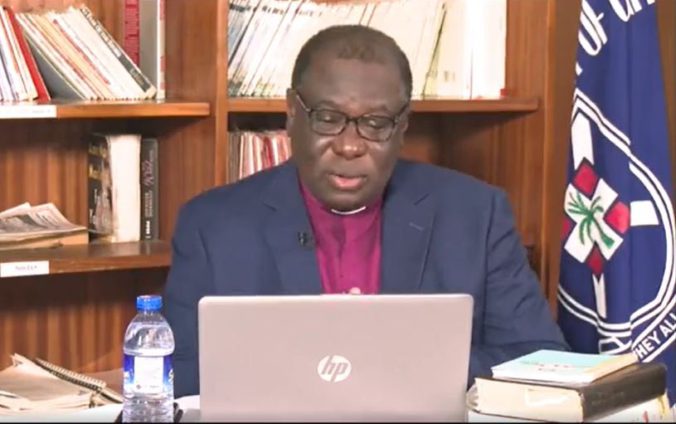 The Moderator of the Presbyterian Church of Ghana and Chairman of the Christian Council of Ghana, Rt. Rev. Prof. Joseph Obiri Yeboah Mante has described the current Criminal Code, as a little vague, in relation to LGBTQI+ activities.

According to him, “the Criminal code did not anticipate or capture all the alphabets in the current discussion on LGBTQI+”.

“In the current discussions in the humanities, the word natural is very behavioral where most things are said to be by social construct and so it made it very vague,” he said.

He, therefore called for an explicit statement to be made in the proposed Promotion of Proper Human Sexual Rights and Ghanaian Family Values Bill, 2021, also known as anti-LGBTQI bill, which is currently before Parliament.

Speaking on Joy FM’s ‘A Walk With Jesus‘ on Sunday, Rt. Rev. Prof Mante added his voice to the raging debate over the passage of the anti-LGBTQI+ bill which seeks to criminalize the activities of LGBTQI+ in the country.

He expressed his support for the passing of the bill. This, he said is because, “it makes what we wanted to say those times (in the Criminal Code) more explicit now.”

Prof Mante added that the proposed bill also states clearly, “what we have to say as a nation.”

Another reason he gave for throwing his support behind the bill is because all Christians and traditional religions in the country treat the practice of same sex activities as abomination.

He further explained that LGBTQI+ activities have not been proven to be genetic.

“When we say something is genetical, it means that there is a genome, a gene that is the homosexual gene and nobody has identified a homosexual gene,” he said.

The Moderator of the Presbyterian Church of Ghana contended that engaging in LGBTQI+ activities has been proven to have medical implications.

Prof Mante backed his assertion with a quote from the US Centre for Disease Control which says: “While anyone who has sex can get an STD, sexually active gay, bisexual and other men who have sex with men (MSM) are at greater risk. In addition to having higher rates of syphilis, more than half of all new HIV infections occur among MSM.”