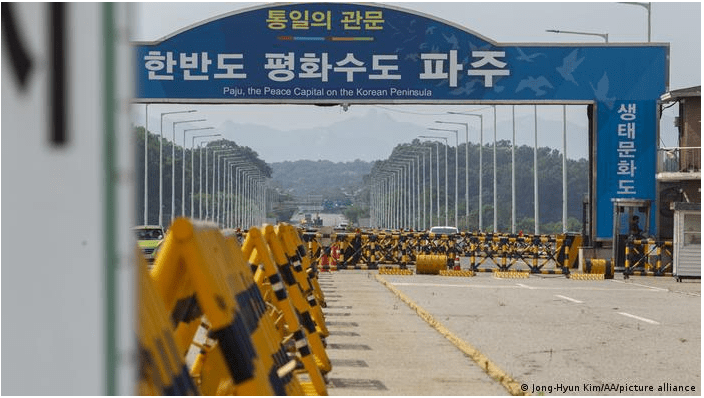 A defector has crossed from South Korea into North Korea. Seoul has said it could not confirm if the individual was still alive after crossing the heavily militarized border and appealed for the person’s safety.

The Joint Chiefs of Staff (JCS) said it conducted a search operation after detecting the person around 9:20 p.m. (1220 GMT) on Saturday with surveillance equipment on the eastern side of the Demilitarized Zone (DMZ), which separates the two Koreas.

Troops, however, failed to find the person and the surveillance equipment detected the person crossing over the border, the JCS said.

“We’ve confirmed that the person crossed the Military Demarcation Line border about 10:40 p.m. and defected to the North,” the JCS said, adding that it could not confirm whether the person was alive.

The JCS sent a message to North Korea on Sunday morning to ensure the safety of the person, but the North hasn’t responded.

The border crossing, which is illegal in South Korea, came as the North carries out strict anti-coronavirus measures since shutting borders in early 2020.

In July 2020, North Korean leader Kim Jong Un declared a national emergency and sealed off a border town after a Northern defector whom he said had Covid-19 symptoms illegally crossed the border into the North from the South.

Pyongyang has not confirmed any Covid-19 infections.

What is the Demilitarized Zone?

One of the world’s most heavily armed borders separates North Korea from South Korea.

The 248-kilometer (155-mile)-long, four-kilometer-wide Demilitarized Zone is riddled with an estimated 2 million mines and is guarded by barbed wire fences, tank traps and combat troops on both sides. Unofficial border crossings, particularly from the South to the North, are rare.

In 2020, North Korean troops shot dead and burned the body of a South Korean fisheries official. Pyongyang claimed that the official illegally crossed the maritime border.

The North’s prolonged Covid-prevention lockdowns on inter-provincial movement have also decreased the number of North Korean defectors arriving in the South.