Demands to have clinical haematologists at KATH removed unacceptable – GMA 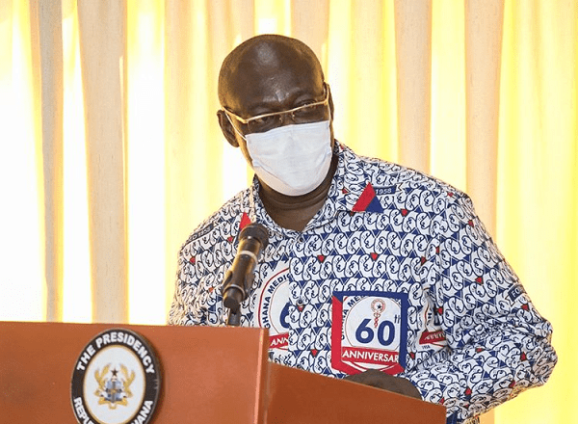 The Ghana Medical Association (GMA) says the demand to have two of its members at Komfo Anokye Teaching Hospital (KATH) removed from post is ill-informed and unacceptable.

According to the Association in a press statement, the decision by the Ghana Association of Medical Laboratory Scientists (GAMBLs) to threaten KATH management of industrial strike if their demands are not met is disturbing.

“The attention of the Ghana Medical Association (GMA) has been drawn to a very disturbing development at the Laboratory Division of the Komfo Anokye Teaching Hospital (KATH) involving two of our members practicing as Clinical Haemotologists.

“The demands by the Ghana Association of Medical Laboratory Scientists (GAMBLs) KATH chapter to have these two Haematologists (Laboratory Physicians) who are currently at post at the Laboratory removed and further going on to threaten an industrial action if their demands are not acceded to by the hospital management is ill-informed and completely unacceptable,” parts of the statement read.

The GMA’s comments follow a letter by KATH Laboratory workers to have Lesley Osei and Eunice Agyemang Ahmed removed by the Hospital’s management or else risk a strike action.

In fulfilment of their word, the workers on Wednesday have declared a strike, starting Thursday, May 20, over management’s failure to accept their request.

Reacting to this, President of the Association, Frank Ankobea says despite the assurance he has in the management of KATH to address the issue, it would not stand aloof while its members are threatened or harassed.

“We hereby serve notice to the Ministry of Health, the management of KATH and all other stakeholders that the GMA will respond appropriately should this illegality on our members be acceded to,” he added.

Mr Ankobea has further given the assurance that any form of harassment on the two health personnel in question would be “fiercely resisted.”