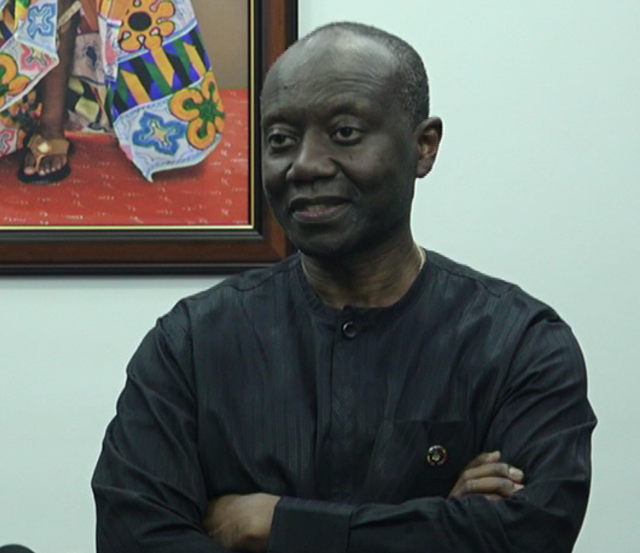 The Finance Minister has charged the service provider at the country’s ports to do more to increase revenue generation stressing that a lot of Ghanaians and businesses do not honour their tax obligations.

Ken Ofori-Atta vowed to ensure that the country’s revenues generated internally are used prudently to develop the economy.

His assurance is coming at a time when government is struggling to meet its revenue target resulting in calls for some expenditure cut.

Receiving cheques of about ¢17 million and ¢20 million as dividends from GCB Bank and GCNet respectively, Ofori-Atta said this should set as an example for other institutions that government has interest in to contribute their quota to the development of the economy.

“I think the years ahead are going to demand even stronger interventions to promote the type of decentralised growth that we need or real growth to occur,” he said.

Mr Ofori-Atta added, “Revenue to GDP is about 12.6% and we need to move to 19% so the interventions are going to be very crucial and to the way forward in terms of preventing leakages.”

The Minister said his outfit looks forward to engaging local tax agency, Ghana Revenue Authority (GRA) to be a lot more efficient than it has been in the past.

According to him, the charges made to the top hierarchy of GRA will inure to the benefit of the economy in terms of revenue mobilisation.

The Finance Minister lauded GCNet for its immense contribution to trade facilitation and revenue generation at the ports.

DISCLAIMER: The Views, Comments, Opinions, Contributions and Statements made by Readers and Contributors on this platform do not necessarily represent the views or policy of Multimedia Group Limited.
Tags:
Ken Ofori-Atta