Does cooking kill the vitamins in your food? - MyJoyOnline.com

Does cooking kill the vitamins in your food? 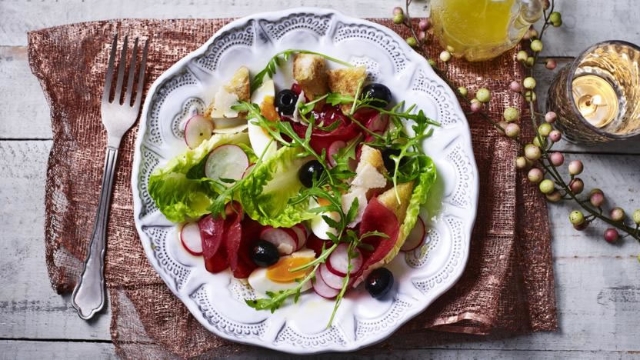 In reality, while cooking can cause the loss of some vitamins and minerals, it can also make it easier for your body to absorb them. So which veg are best eaten raw – and when should you get cooking?

Which veg are best eaten raw?

Cooking can reduce the nutritional content of veg. It can be a particular problem with vitamin C and the B vitamins and minerals like potassium, because they are water-soluble and so leach out into cooking water. That’s fine in soups and stews because you consume the water, but it’s a problem if you throw the water away. Kale, broccoli, cauliflower, cabbage, courgettes, spinach and peas have a good amount of these vitamins.

Heat also degrades these vitamins, so cook veg that are rich in them gently and in as little water as possible. Steaming, microwaving and stir frying are better options than boiling.

The good news is that many foods we usually eat raw are rich in vitamin C and the B vits (such as watercress, peppers, spinach, tomatoes and lettuce), so a balanced diet will provide you with plenty of them.

Which veg are best eaten cooked?

Some veg are more nutritious when cooked because cooking breaks down their cells, which can allow you to absorb more of the nutrients even if some have leached out during cooking. This is true of beta-carotene (a precursor to vitamin A, found in carrots, butternut squash and sweet potatoes) and other carotenoids, such as lycopene, which is found in tomatoes.

Starches and proteins are easier to digest when cooked. If you’re considering a raw food diet, keep in mind that some starchy foods such as potatoes can’t be eaten raw, so including cooked foods increases the variety of your diet.

Cooking also improves the flavour of many veg, and if this makes you more likely to eat them it’s worth losing some nutrients!

Get the low-down on which foods are best eaten raw or cooked in this quick video from vlogger Grace Victory.

Thinly shredding veg is a great way to make it taste delicious when raw. Use a spiraliser, a peeler, or just cut it into thin matchsticks with a knife.

Raw food diets have gained popularity in recent years, with pretty pictures of smoothie bowls and naked treats all over social media. Like many extreme diets, it takes a kernel of truth and expands it into a whole lifestyle.

A raw food diet unsurprisingly involves eating only raw foods. But defining ‘raw’ is more complicated than you might expect. Proponents of a raw food diet define it as unprocessed and not reaching temperatures higher than 40-48C. The strictest versions exclude foods that have been refined, pasteurised, treated with pesticides or processed in any way.

Heat is not the only way to cook food. Marinades (containing acids, such as vinegar or lemon juice) are a form of chemical cooking and also change the chemical structure of food.

Disadvantages of a raw food diet

Advantages of a raw food diet