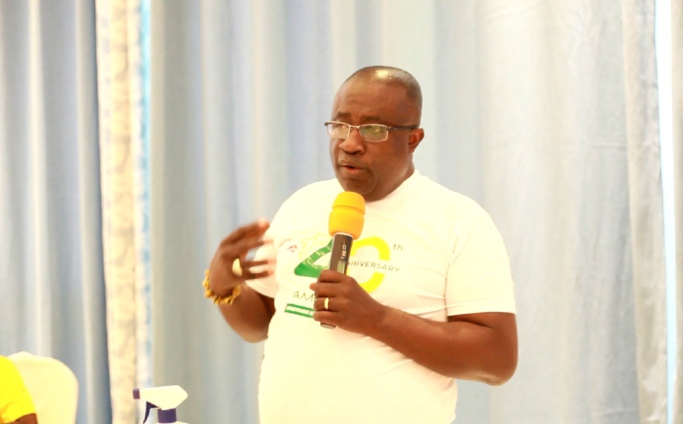 Government has been advised not to create false hope among residents in areas where iron ore has been discovered in commercial quantities.

The Former Executive Secretary of the Minerals Commission, Dr Tony Aubyn, in an interview with JoyNews, cited a number of locations where iron ore discoveries have been made in the past including the Sheni iron ore deposit which never saw the light of day after decades of the discovery.

“You know that Sheni was discovered in I think 1900. Up to now, Sheni iron ore deposit has not been developed,” he said.

“… iron ore deposit created a lot of euphoria. I’m sure you are too young to know, a man called RP Bafful who even stood as a presidential candidate. And at that time, there was a prospect that because Nsuta manganese was there, that was all in 1963, Nsuta manganese was there and then they have discovered iron ore and so establishing an iron and steel industry was going to be a very sweet thing for the country up to now. Do you know anything about the Opermanse iron ore industry?”

With the number of instances above mentioned which failed, Mr Aubyn is of the view that “it is always very dangerous to overly prep the excitement of the community” where the iron ores have been discovered in large quantities.

“If you look at what has been found and what is announced we have about 55% or 50 something per cent in terms of iron ore content in the ore so there is a significant amount of what they call penalties or things that are not relevant to iron ore so for you to convert it into commerciality, it takes time,” he said.

His assertion come after the Ghana Geological Survey Authority (GSSA) announced that it has discovered large quantities of Iron ore deposits in Akokrowa, a farming community in the Oti Region of Ghana.

According to the GSSA, the iron ore is 55.22 weight per cent (Fe) and of a higher grade.

The Lands and Natural Resources Minister, Samuel Abdulai Jinapor in a subsequent meeting with the Chiefs and people of Akokrowa on Tuesday, December 14, 2021, said the government will ensure that the commodity found in the area benefits the people.

He maintained that the exploration and the business of the Iron will create jobs and wealth for the people of Oti and the country in general.

The Ghana Geological Survey Authority has been scheduled to continue the resource evaluation of the Iron Ore Deposit at Akokrowa when they acquire a drill rig for the assignment in 2022.