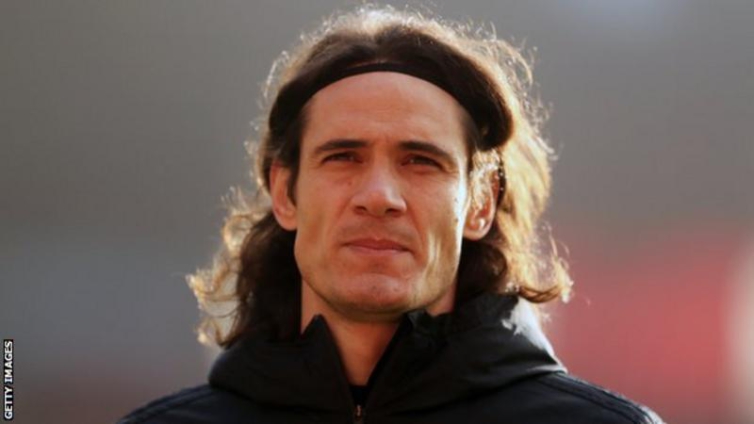 Edinson Cavani came on as a half-time substitute in the 3-2 Premier League victory at Southampton on Sunday, setting up one goal and scoring twice

The Football Association will look into a deleted social media post by Manchester United striker Edinson Cavani which contained a Spanish phrase that is offensive in some contexts.

Cavani sent the message after scoring the injury-time winner in United’s 3-2 comeback win at Southampton on Sunday.

It is understood the 32-year-old says he meant the phrase affectionately and that that is how it is used in his native Uruguay.

Once it was pointed out to Cavani how the wording could be interpreted in the UK, he deleted the post.

United are aware of the post and understand Cavani’s interpretation of how it was sent.