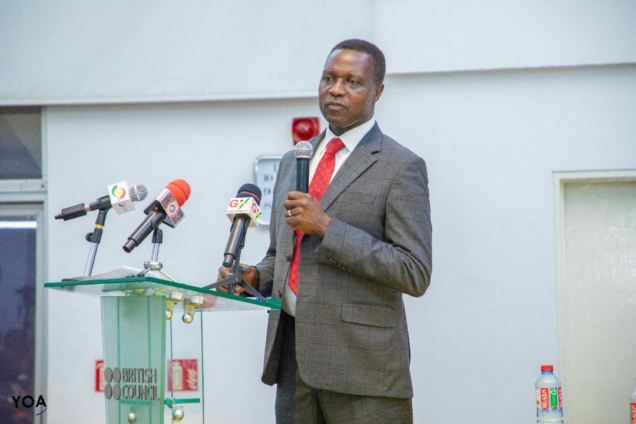 The Education Minister, Dr Yaw Osei Adutwum, has indicated plans for the Education Ministry to meet the Gaming Commission of Ghana soon to discuss how to manage the resurgence of betting centres near educational institutions across the country.

He explained that the said meeting would also bring other stakeholders together to look at regulations guiding the age of people who go to such gaming centres since the involvement of children in such games poses a threat to their education and training.

Dr Adutwum announced this after watching a report put together by the Balaka Policy Institute (BPI) in Accra over the weekend.

The report highlighted how these betting centres are strategically springing up near educational institutions, especially Senior High Schools (SHSs) in the country.

It showed instances of students and other under-aged children flooding some of these betting centres to participate in the operations of the betting companies.

The Education Minister commended BPI for the research work done on the betting situation and pledged to collaborate with them towards finding a lasting solution to the challenge which poses a threat to the development of education in the country.

He was upbeat that meeting the Gaming Commission and other stakeholders could bring about the possibility of bringing sanity into the betting space so that school children would be prevented from participating or involving themselves in such a game.

Dr Adutwum stated that the development of education required the collective effort of all stakeholders and called on all stakeholders to contribute their quota towards the transformation of the country.

He enumerated the various reforms currently taking place within the education space and said everything possible is being done to get the best for the nation’s education.

The Head of Research at the BPI, Dr Adam Yunus, described as unfortunate, the infringing of the laws regulating the betting space such as the 500 meters proximity barrier in the Gaming Commission Act 721.

He appealed to the Education Minister as a matter of urgency to help curb the springing up of such betting centres around SHSs in the country.

Again, he appealed to all stakeholders in the country to come on board to help end the impunity around the springing up of all forms of illegal facilities around schools so that the students would have a peaceful environment to study.

In 2006, the Gaming Commission Act 721 was created for the consolidation and revision of laws guiding the operations of casinos and other forms of games in the country.

Although the laws have been in place for some time, some actors in the gaming space have been operating without following the laws guiding their operations.

One such infringement is the age of people who qualify to partake in games in the country.

DISCLAIMER: The Views, Comments, Opinions, Contributions and Statements made by Readers and Contributors on this platform do not necessarily represent the views or policy of Multimedia Group Limited.
Tags:
Education Minister
Gaming commission