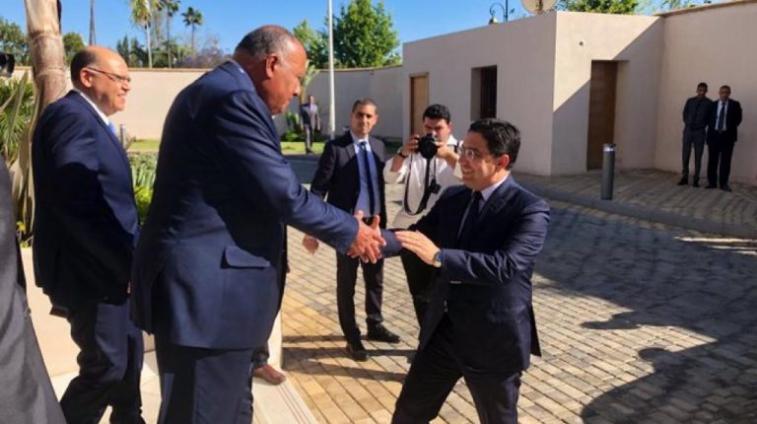 Egypt has reaffirmed its support for the territorial integrity of the Kingdom of Morocco and its commitment to the UN-led process to settle the Moroccan Sahara issue.

The Egyptian stance was expressed in the joint communiqué, issued following talks between Minister of Foreign Affairs, African Cooperation and Moroccans Abroad, Nasser Bourita, and his Egyptian homologue, Sameh Choukri.

Mr Choukri stressed, on this occasion, Egypt’s support for the content of Security Council resolutions, including resolution 2602, which welcomed Morocco’s serious and credible efforts to move forward towards a political settlement of the Sahara issue, the document points out.

The Egyptian Foreign Minister also praised the role of the Al-Quds Committee headed by King Mohammed VI in supporting Jerusalemites and preserving the Arab and Islamic character of Jerusalem, its legal status, its civilisational status and its symbolism as land for coexistence between three religions.

The Moroccan foreign minister praised the tangible support provided by Egypt to the Palestinian people.

The two ministers also discussed the latest developments in the Libyan crisis, where they renewed their support for dialogue without external interference.

The two ministers discussed bilateral relations according to the guidelines of the two Heads of state, HM King Mohammed VI and the President of the Arab Republic of Egypt, Abdelfettah Al Sissi.

The talks also focused on the centuries-old relations and the ties of brotherhood binding the two brotherly countries, as well as the community of destiny and common objectives.