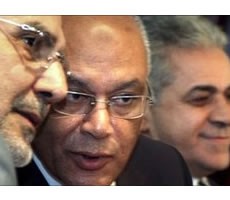 Under the current timetable the ruling military council may not hand over power until late 2012 at the earliest.

The candidates also appealed for parliamentary polls to be shortened.

Field Marshal Mohamed Tantawi, the leader of the military council, has dismissed rumours that the army would put forward a candidate.

The speculation had been fuelled by the former defence minister’s appearance in civilian clothes during a recent walk around central Cairo.

“These are rumours that are not worthy of stopping to consider, and neither should we spend time talking about them,” Field Marshal Tantawi said.

Mohammed ElBaradei, the former head of the UN nuclear agency and liberal candidate, was not a signatory.

The appeal comes amid growing criticism of Egypt’s interim military rulers, who initially proposed a transition period of six months.

Parliamentary and senate elections are currently due to start from 28 November until 11 March, but Mr Awa said they should instead be completed by 30 January.

“Don’t let this drag on, so that we don’t lose all hope,” said Mr Ismail.

Field Marshal Tantawi appeared to brush aside the candidates’ concerns on Wednesday.

“The military council has no interest in staying [in power] for a long time,” he said.

“Given the chance, the military council will step down tomorrow.”

But he also said: “We will not abandon Egypt before we finish what we pledged to do and committed ourselves to before the people.”