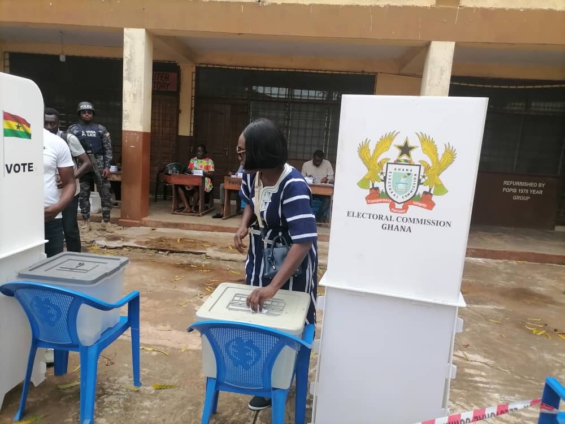 The Executive Director of Rise Ghana, Awal Ahmed Kariama, is convinced that the quality of leadership at the local government level would significantly improve should the law be amended to allow for the election of mayors.

According to him, providing the opportunity for citizens to elect their local government authorities ensures accountability to the people and quality leadership as mandate is now derived from the people and not from the appointing authority.

He said in countries where this transition has been made, it had improved efficiency and created a marketplace of ideas that significantly contributed to the development of the districts.

Speaking on JoyNews’ PM Express, he is optimistic that the amendment of the law to allow for mayoral elections would provide a level playing ground for citizens to vote and be voted for in local government elections, instead of the winner takes all situation we have now.

“The election of DCEs, first of all we want to ensure that there is a level playing ground for everybody, the appointment is not held by the centre. And once we know that you’re elected on a competitive basis and you’re accountable to the people who have elected you, then it brings efficiency. And then also it will come to a system where there is a lot of competition at the grassroots level, it opens up for ideas.

“You know, when we talk about the appointment people are appointed basically based on political parties and the appointing authority determines who gets appointed. But with the elections we’ll have more quality of people coming in and there’s a lot of diversity coming inside there, and that alone is going to bring a lot of quality and competition.

“And you know that once the accountabilities are stronger and related to the people, you derive the mandate from the people then the quality of the leadership that you’re going to deliver would be far far better,” he said.

However, following stiff opposition from the National Democratic Congress and other civil society organization who had raised concerns that the introduction of a multi-party system would increase the polarization of politics in Ghana, the referendum was abandoned.

According to the Director of the Institute of Local Government Service, Prof. Awortwi, who was also on the show, currently consensus building is ongoing in order to reach a common agreement on the fate of politics at the local government level, as the President has expressed determination to have mayors elected.

DISCLAIMER: The Views, Comments, Opinions, Contributions and Statements made by Readers and Contributors on this platform do not necessarily represent the views or policy of Multimedia Group Limited.
Tags:
Awal Ahmed Kariama
Local governments
Quality leadership