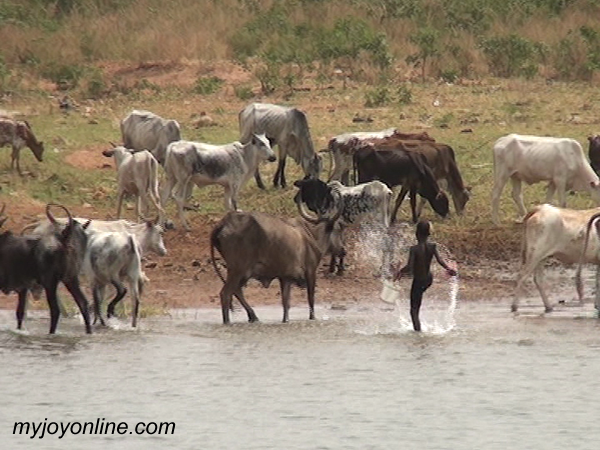 The Executive Director of the West African Network for Peacebuilding (WANEP), Chukwuemeka Eze, is calling on government to engage herdsmen in the country in order to restore peace.

A joint police-military team in the Operation Cowleg exercise has been working to flush out nomadic herdsmen accused of killing four indigenes in recent times from Agogo in the Ashanti Region.

The Agogo Traditional Council has given a 31st March deadline for the herdsmen to leave the area.

The executive director for WANEP, however, believes issuing an ultimatum to the herdsmen is not the way to go. He suggests a collaborative effort between various West African states to develop a comprehensive plan to take care of the situation.

"The language of flush in itself is negative in conflict management and those who are making the statement about flushing know that these are are people who can easily be flushed," Eze said.

According to him, government needs to rethink the approach, suggesting that the first way to deal with the problem is to engage those who are causing the problem.

He noted that "over time what we have done is engage ourselves, make statements without engaging the people who are causing the problem".

He said it has become difficult to find the leadership of these people causing the problem because they are nomads and they move from one place to another adding since they are not in communities, government needs to create communities for them.

These communities will take the form of ranches and water points so government can tax the herdsmen. This will become an income-generating venture for the state since herdsmen will get pasture and water for their cattle.

Eze said, “What we do is not to ban but to regulate their movement. Once there, communities are created and you have the leadership there. So if nomads from Nigeria are coming to Ghana, you let them have a destination so the government can tax them and make money.”

Foreign nomads, according to Eze, must not be taxed as normal cattle rearers but as foreign cattle rearers and the monies accrued can be used to maintain those ranches.

By creating communities with leaders, he said, the state can identify the illegal ones.

He expressed feared that from the foregoing, the herdsmen will be pushed to transport arms to protect themselves.

The executive director for WANEP said government fears it can’t create ranches and water point for herdsmen because it doesn’t have the resources.

Eze said, “West Africa should come together and have countries that will offer these ranches and make money out of it.”