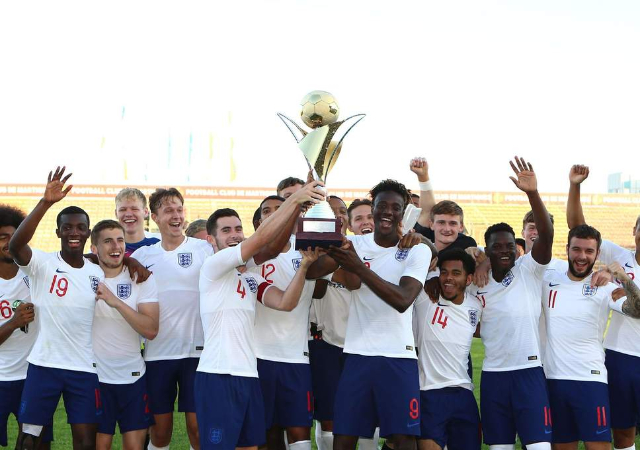 England Under-21s came from behind to beat Mexico and secure their third successive Toulon Tournament title.

After a successful summer for the England age groups in 2017, the Young Lions continued to show their ability in tournament football with a 2-1 win in Martigues.

Coached by Aidy Boothroyd, the side came from behind to beat Scotland in the semi-final and did the same after Roberto Alvarado put Mexico in front inside 80 seconds.

Dael Fry drew them level and Kieran Dowell completed the turnaround before the interval as England completed a hat-trick of Toulon successes.

The two nations shared a goalless draw before both progressing to the last four from Group A – but there would be goals in the second meeting of the sides.

Mexico failed to rally in the closing stages as England saw out the final few minutes in mature fashion to continue their recent successes in international football.