Entertainers in power should use their mileage to improve industry - Sam George - MyJoyOnline.com 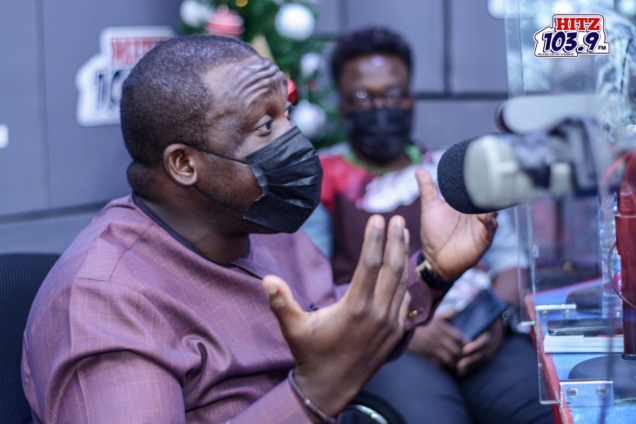 Member of Parliament for Ningo Prampram, Sam George, has called on persons in the creative arts industry with significant positions in government to use their influence to improve the industry.

According to him, after enjoying the perks of political office, these individuals would return to their trade in the industry when their government is no longer in power.

Hence, “they must have something to show for the times they had an opportunity to influence growth in the creative arts,” Sam George said on Daybreak Hitz on Hitz FM.

He told Andy Dosty, the host, that “When I saw Mark (Okraku Mantey) leading a certain move on the NPP side, and I saw Rex (Omar) and Sadiq (Abdulai Abu) on the NDC side, it was the first time I was seeing real practitioners having a seat at the table for decision making.”

“But these individuals who have a seat at the table must begin to make demands of the government. Again, no hard feelings or nothing personal, but Obour used to be MUSIGA President, today he is Ghana Post MD, what is he using his political mileage within the NPP to achieve for the creatives?”

Sam George explained that many people who find themselves in places of power tend to forget to extend a helping hand to the industry when they can.

He explained that not every MP can help every sector, hence it is essential for creatives in power to help the industry when needed.

“People get a seat at the table and forget where they are coming from and forget that political power is transient. When you leave the political office where are you going back to? Is it not your craft? Is it not your trade? What did you do to make it better? That’s the question,” the Ningo Prampram MP added.

He stated that it is those entertainers in power who are the ones that can significantly contribute to decision-making in governance.

Sam George said, “those who have an opportunity, those who must remember that after enjoying the perks of political office, the only thing they will have or where they will go back to is the creative arts, they should bear in mind that people are going to ask questions when they leave office. What has been their contribution? What cases have they made at cabinet?”