Arsenal defender Hector Bellerin has been included in Spain's squad for the defence of their title at Euro 2016.

The right-back has been promoted from the stand-by list after Dani Carvajal suffered a thigh injury in Real Madrid's Champions League final win over Atletico Madrid.

Bellerin, 21, won his first full cap in a warm-up win over Bosnia and Herzegovina on Sunday night.

Spain have named 19 players with the last four to be named later on Tuesday. 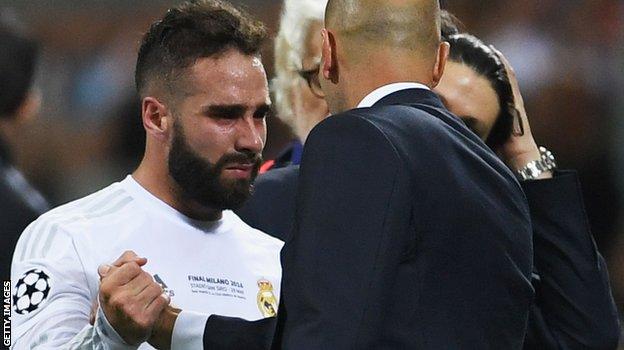 Carvajal, 24, will miss the tournament in France after being substituted early in the second half of Real's penalty shoot-out win over Atletico in Milan.

"I had to leave and I knew there and then that I would probably miss Euro 2016," Carvajal told Spanish radio station Cadena Cope.