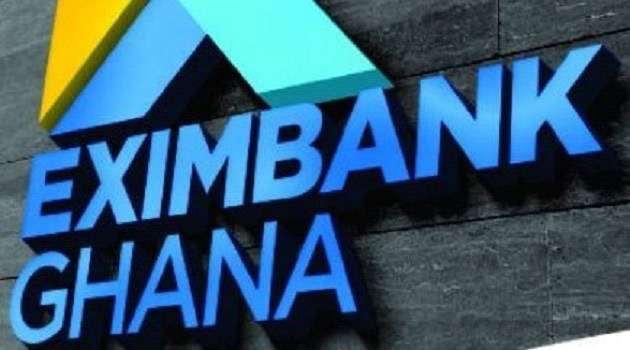 The loan facility was signed in London on the sidelines of the Ghana Investment and Opportunities Summit 2020, which ended on Wednesday.

Details of the deal
The facility is expected to assist Exim Bank Ghana to extend support to industries under government’s flagship One District One Factory (1D1F) initiative by providing them with “soft “credit to potential firms that want to establish industries under the program.

It would also help the firms complete exiting projects under the initiative. The Bank is planning to use the part of the facility to help establish new factories in areas that they would have ordinarily not done because of funding challenges.

According to Exim Bank, discussions for the loan begun about two years ago, with several institutions until it was able to finalize this deal with Credit Suisse.

Chief Executive of Eximbank on the facility

Speaking to JoyBusiness in London on the sidelines of the Summit, Chief Executive of the Bank, Lawrence Ayginsam said the bank is taking the facility on its own balance sheet without any government guarantee.

He explained that they will be using the inflows that they would be getting from their exports as support.

“This is purely a risk that has been taken on the books of  Exim Bank Ghana” he stressed.

He noted that “the framers of the Exim Bank Act, contemplated that, in future Exim Bank need to operate in a way that will ensure that they take the burden off government allow it to go out onto the market and borrow on their own books.”

Mr Ayinsam added that they are going to use the money to also support, about seven pharmaceutical firms in the country that have the World Health Organization accreditation.

This should mean that we would be able to produce about 60 per cent of these medicine in Ghana and support Ghanaian companies to take advantage of the Continental Free Trade Agreement.

Is the loan enough to support activities of Exim Bank Ghana?

Mr Ayinsam said compared to what they were having previously getting from other facilities, which they had used to support their operations they can readily say the Credit Suisse is very good.

“We were receiving 0.75 per cent tax, which averages roughly to ¢4 million every month, which we have used as a backbone to support their operations.”

“The loan from Credit Suisse is enough to fund our activities in promoting and supporting industries under the 1D1F,” he added.

Other areas that the facility would be supporting

The Exim Bank CEO also noted that 160 small and medium scale enterprises (SMEs) are expected to also benefit from the facility.

“Again we have a fertilizer blending company in Tema that is about 60 per cent complete, which we would be supporting,” the Exim Bank Boss said.

He also mentioned a jute factory in Kumasi that they will be targeting.

“All the seven legacy projects, that we are also currently funding would also be done as well,” he said.

According to him, the $100 million facility is going to help support a lot of local businesses to take full advantage of the Continental Free Trade Agreement.

“We believe that this facility would improve our operations and help us take more loans to support industries in the Ghana” he added.