FBN Bank MD takes over as Governor of Rotary District 9102 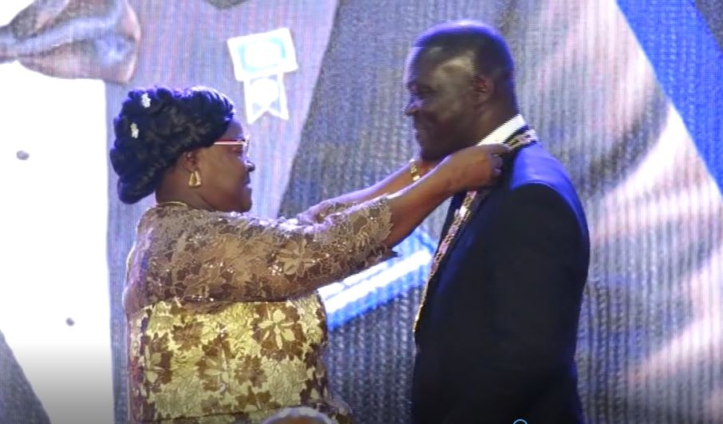 Mr. Asante is a member of the Rotary Club of Accra – Ring Road Central.

He has been a Rotarian since 1989 and has served in various positions within the international humanitarian organisation at Club, National and District levels.

He served as Club President, Assistant Governor and Chair of a few District Committees.

Mr. Asante’s role as District Governor calls for him to oversee the activities of the international humanitarian organization in the four nations that make up his district, ensuring the effective delivery of aid and benefits to underprivileged groups and individuals in line with the organisation’s goals.

According to Rotarian, Victor Yaw Asante, who just assumed a new position within Rotary International, “Rotary affords us possibilities for addressing to issues which broadly fall under diversity, equity, and inclusion across numerous domains.”

“There are a number of issues that Rotary and its partners, including the various governments, continue to address within the four nations that make up District 9102. My responsibility is to oversee a team of experts devoted to enhancing community life”, he stressed.

“The foundational tenet of Rotary as an organisation is that clubs are organised into districts, which are efficiently and effectively administered by the Governor, an elected officer. At the moment, Rotary District 9102 has more than 90 clubs in four different countries, with 2,485 members total”, he said.

He reaffirmed to Joy Business that he will promote other areas in all districts and carry on the work of his predecessors.

“Rotary District 9102 members are steadfast in their commitment to stepping up their efforts to eradicate polio, advance world peace, combat disease, provide clean water, save women and children, support education, and strengthen local economies”, he added

The goal of Rotary District 9102 is to strengthen the capacity of communities to support basic education and literacy, reduce gender disparity in education, and increase adult literacy.