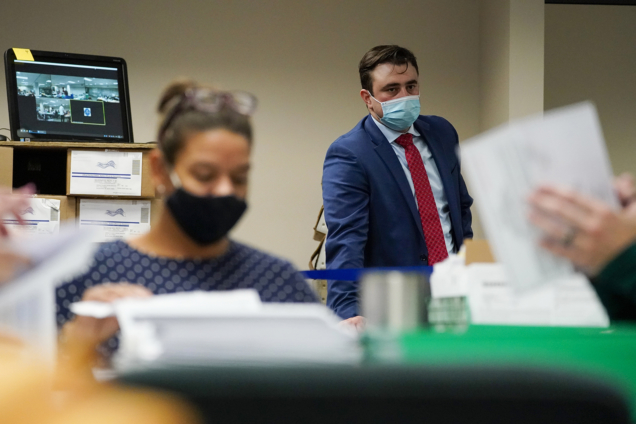 A Trump campaign lawyer admitted before a federal judge on Thursday that observers for the campaign were allowed to watch ballot canvassing in Philadelphia, after they claimed in court and the President’s supporters alleged they were being deprived unfairly.

But the federal judge was having none of it, instead asking Philadelphia city officials to confirm Democrats and Republicans were being treated fairly to watch the ballot-counting and that they were allowed to watch the ballot counting in the city from six feet away.

When the judge pressed the Trump campaign lawyer if there were observers in the room from the campaign, the lawyer, Jerome Marcus, said, “There’s a non-zero number of people in the room.”

The judge, Paul Diamond of the Eastern District of Pennsylvania, a George W. Bush appointee, also pointed out he believed the President’s case appeared to have no reason to be in federal court, and even cracked a joke that the lawyer “shouldn’t quit his day job” when the campaign handed the judge a hand-drawn map of the ballot counting room.

After the judge confirmed the parties would have the same number of observers in the room, he dismissed the Trump campaign’s request because it was moot.

DISCLAIMER: The Views, Comments, Opinions, Contributions and Statements made by Readers and Contributors on this platform do not necessarily represent the views or policy of Multimedia Group Limited.
Tags:
Federal judge
Philadelphia
Trump
US election 2020