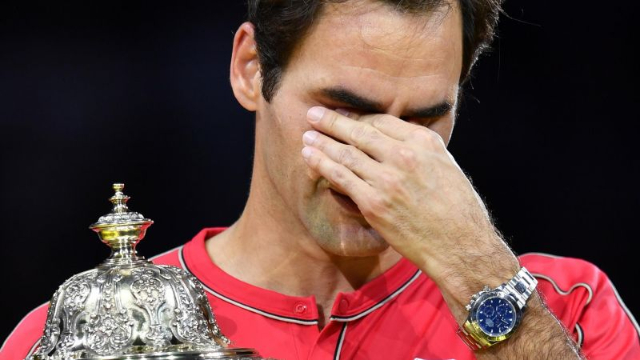 Roger Federer will not play the Masters 1000 event in Paris this week in an effort to preserve his fitness for the upcoming ATP Tour Finals in London.

Federer beat Alex De Minaur 6-2, 6-2 in just over an hour, appearing to expend a minimal amount of energy to secure his 10th Swiss Indoors title in Basel.

The world No 3 did not drop a set on his way to triumph on home soil, sweeping aside Peter Gojowczyk, Radu Albot and Stefanos Tsitsipas before destroying in-form De Minaur in the final.

An emotional Federer wept on court in Basel and admitted that the victory had ‘hit him hard’, perhaps contributing to the decision on Monday morning to pull out of the last Masters event of the year in Paris.

“I am extremely disappointed to have to pull out of the Paris Masters,” Federer said.

“I have to pace myself since I want to play as long as possible on the ATP Tour.

“I am sorry for my French fans who I will see next year at Roland Garros.”

The 20-time Grand Slam champion has been a regular at France’s only 1000-level event outside of Roland Garros, winning it back in 2011 and reaching the semi-finals last year before losing in three sets to Novak Djokovic.

But Federer has stripped back his schedule since coming back from injury in 2016 to prioritise his family life and cited that in his winner’s speech on Sunday, before his Paris announcement.

“I think it might be partially reminiscing back at everything that went on this week.

“Definitely the family, the thought of the team aspect, the family aspect, everything that goes into me still being able to do it today.

“But there’s so much more that goes into it, let alone managing four children, [which] is a challenge, but a good one.”

DISCLAIMER: The Views, Comments, Opinions, Contributions and Statements made by Readers and Contributors on this platform do not necessarily represent the views or policy of Multimedia Group Limited.
Tags:
Paris Masters
Roger Federer