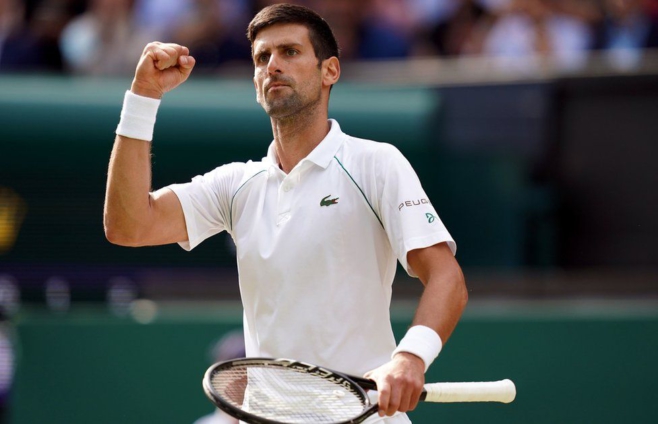 There was nothing “dodgy” about a drink prepared for Novak Djokovic during Saturday’s Paris Masters semi-final win, says his wife Jelena.

A video showing Djokovic’s physio Ulises Badio mixing a drink while being shielded by his team has been viewed 15 million times on social media.

Jelena Djokovic wrote on Twitter: “I don’t see anything dodgy.”

Serb Djokovic, who beat Greece’s Stefanos Tsitsipas before losing in Sunday’s final, has not commented.

The 21-time Grand Slam champion, who was seeking a record-extending seventh title at the Paris Masters, held off a spirited Tsitsipas fightback to win 6-2 3-6 7-6 (7-4).

He lost in three sets to 19-year-old Dane Holger Rune in the final.

The video led to questions on social media about what was in the mixture and why Djokovic’s team were attempting to hide it.

“He will talk when he is ready to talk. Sit a bit in silence. Mind yourself more. Not everything you see is controversial. It could be private. Is that allowed?”

Djokovic, who is an advocate of alternative health care, was seen inhaling a powder during his victory over Nick Kyrgios in the Wimbledon final in June.

Djokovic later described it as a “magic potion”, saying: “It’s going to come out as one of the supplement, let’s say, lines that I’m doing right now with drink and a few other things.”

DISCLAIMER: The Views, Comments, Opinions, Contributions and Statements made by Readers and Contributors on this platform do not necessarily represent the views or policy of Multimedia Group Limited.
Tags:
Novak Djokovic
Paris Masters