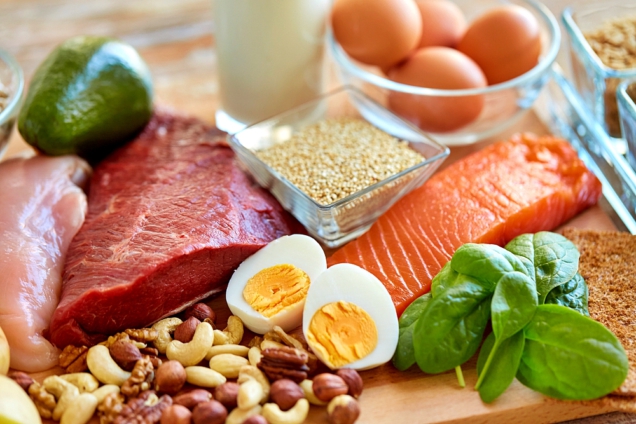 A global shortage of protein-rich foods is expected this year due to COVID-19 and other factors, says a new report by the Food and Agricultural Organization (FAO).

The anticipated reduced availability of protein products is expected to result in decreased consumption worldwide, particularly among the poor, which could exacerbate health problems among children.

Many foods are being affected by reduced production and demand, with meat, fish, milk products and plant protein sources like soya bean among the more notable casualties.

Expansion in the world’s meat sectors has slowed due to market disruptions caused by the global pandemic, the report noted.

COVID-19 related economic hardships, a steep decline in demand from the food services sector due to lockdowns, logistical bottlenecks, substantial volumes of unsold meat products, limitations in shipping and port backlogs are some of the factors restraining growth in world meat trade.

Total worldwide meat production in 2020 will fall by 1.7 per cent from 2019 totals, while international meat prices have dropped 8.6 per cent from January 2020, resulting in economic losses to producers.

World exports of milk and dairy products are forecast to contract by 4 percent in 2020 due to faltering import demand as a result of COVID-19, although world milk production is showing resilience, possibly growing by 0.8% this year.

The shrimp farming season in Asia, which generally begins in April, was delayed until June/July. In India, for example, farmed shrimp production is expected to fall by 30 to 40 percent this year. Also, worldwide demand for both fresh and frozen shrimp is declining significantly, while demand for salmon is expected to drop by at least by 15 percent from 2019 levels.  Retail sales, particularly of fresh salmon and trout, have fallen greatly — a market that is not expected to recover for some time, the report said.

Plant sources of protein, such as soya bean, also are being impacted negatively. Oilcrop production is expected to decline In 2019/20 from the previous season’s record level, with pronounced drops in soybean and rapeseed outweighing gains in the other crops, the FAO reported.

“In [the United States], adverse weather conditions led to sharply lower soybean plantings and yields… While poor harvests, notably of soybeans, are expected to drive down global supplies of meals/cakes, consumption is seen to keep expanding, albeit at a below-average rate, linked in part to temporary lockdowns imposed in numerous countries to halt the spread of COVID-19,” the report said.

Protein is an important part of a basic diet, but an estimated one billion people worldwide suffer from protein deficiency. The problem is most severe in Central Africa and South Asia, where about 30 percent of children consume too little protein.

Lack of protein also causes poor wound healing, increased severity of infections, a weakened immune system, greater risk of bone fracture and stunted growth, which affects more than 160 million children annually. If left untreated, some of these conditions could lead to death.

John Komen, a bioscience policy expert who has been working with some African nations on strategies to address protein deficiency, said there are opportunities to use innovation to boost production of plant-based protein sources, such as soybean and cowpea, so that people don’t suffer.

The yield from these crops currently remains low in Africa, but a conscious effort to boost productivity can help make such foods more widely available to the populace, he said.

“It is obvious that especially in (West) African countries, local production of plant protein crops should get a boost,” Komen told the Alliance for Science.

“Soybean is an obvious candidate, of course, and is already produced at significant scale in South Africa and Nigeria. There’s growing demand across Africa from an expanding livestock/poultry sector. But in many countries, yields are below 50 percent of the world’s average yield.”

Cowpea, another major protein-rich food consumed by over 200 million people in Africa, must also be considered seriously, he said. “Cowpea clearly has the potential to combat hunger and malnutrition, is suitable to small-scale farming conditions and performs on relatively poor soils and under adverse weather conditions,” he observed.

“However, insect pests are a major factor in African cowpea production and cowpea podborer infestations lead to up to 90 percent production losses. Genetically modified, podborer resistant cowpea, as recently approved for release in Nigeria — and demonstrating very high levels of resistance to podborer — is a viable option here that should be considered seriously and urgently by West African governments,” Komen said.

Other crop plants to be impacted

The FAO report also predicts that global production of wheat in 2020 will fall slightly below last year’s good harvest. Following a significant demand slowdown caused by COVID-19 in early 2020, total utilization of coarse grains, including maize, sorghum and barley, is forecast to regain momentum in 2020/21, but would still remain below typical global production levels for a second consecutive season. Global output of oils/fats is also set to fall, the FAO reported, and it foresees world sugar production and consumption to decline for the first time in three years.

“Although globally there is enough food for everyone, the significant decline in economic growth due to the pandemic has translated into an issue of access to food, limiting people’s ability to get enough, or nutritious enough, food, especially in countries already hit by hunger and other crises even before COVID-19,” the FAO report observed.

In the Latin America and Caribbean regions, which produce about 25 percent of the global exports in agricultural and fisheries products, food prices have soared as a result of the pandemic.

Brazilian scientist André Tomas Vilela Hermann said that in his country, food is “more expensive in general. There has been instability in prices since the start of the pandemic. The prices went up, down and then they’re rising up again.”

Brazil’s meat industry is also experiencing difficulties due to the spread of the virus among slaughterhouse workers, he said,  while smallholder farmers who produce fresh vegetables and fruits for the domestic market are suffering.

“Big agricultural firms are trying to export as much as possible since the rate of the US dollar to the Brazilian real is up and the global demand for food is high,” Hermann told the Alliance for Science. “But access to products like pesticides and GMO seeds is more difficult because of the pandemic as well.”

He said that farmers likely will need government support to survive. “I guess increased subsidies would be the best option right now, specially for small farmers, but also investing in tech for food banks and better delivery logistics,” Hermann noted.

Anthony Morrison, a farmer and chairman of the West Africa Chamber of Agribusiness, observed that major food prices have doubled and policymakers are underestimating the impact of COVID-19 on agriculture.

“The FAO has been talking about this,” he said. “We have failed to bring in areas of the agricultural social protection mechanisms. Farmers must be protected against the effect of COVID-19. Currently, they are not protected in any way. This must change.”

Mr Morrison wants governments to increase their focus on local food production instead of imports, a shift that can be best achieved through stimulus packages for farmers.

“Our policies are not robust and aggressive. And do not have local content. And that is what affects agriculture. A COVID-19 stimulus package is needed for the agricultural sector instead of subsidies as usual,” he added.

The FAO report did include some bright spots. Production of cereals is expected to increase by 2.6 percent this year and rice production by 1.6 percent.

“The impacts of the COVID-19 pandemic have been felt — at varying degrees — across all food sectors assessed by FAO,” said Boubaker Ben-Belhassen, director of the FAO trade and markets division.

“Whilst COVID-19 has posed a serious threat to food security, overall our analysis shows that from the global perspective, agricultural commodity markets are proving to be more resilient to the pandemic than many other sectors.”