French Open postponed by one week 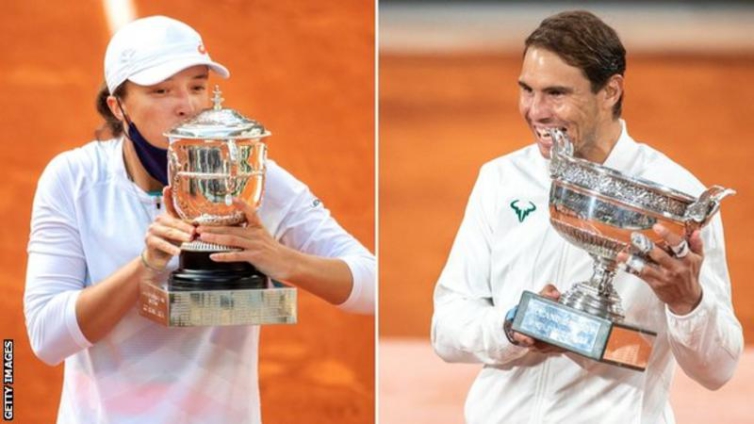 The French Open has been postponed by a week in the hope that more spectators will be permitted to attend.

The Grand Slam tournament at Roland Garros will now run from 30 May to 13 June with qualifying the week before.

France is in a third nationwide lockdown amid a surge in coronavirus cases, which president Emmanuel Macron previously said he expected to end in mid-May.

“I am delighted that the discussions with the public authorities, the governing bodies of international tennis, our partners and broadcasters, and the ongoing work with the WTA and ATP, have made it possible for us to postpone the 2021 Roland Garros tournament by a week,” FFT president Gilles Moretton said.

“It will give the health situation more time to improve and should optimise our chances of welcoming spectators at Roland Garros, into our newly-transformed stadium that now covers more than 30 acres.

“For the fans, the players and the atmosphere, the presence of spectators is vital for our tournament, the spring’s most important international sporting event.”

In 2020, the French Open was postponed to the autumn because of the pandemic.

Rafael Nadal won the men’s singles title – his 13th at Roland Garros – while Polish teenager Iga Swiatek won her first Grand Slam title in front of a crowd of 1,000 fans, which was the maximum permitted at the time.

The 2021 tournament is now due to finish just two weeks before the start of Wimbledon.

Its postponement is set to have an impact on the ATP and WTA calendars, with the grass-court season scheduled to start on 7 June with tournaments in s’Hertogenbosch, Stuttgart and Nottingham.

The ATP and WTA governing bodies said in a joint statement they were “working in consultation with all parties impacted by the postponement”.

DISCLAIMER: The Views, Comments, Opinions, Contributions and Statements made by Readers and Contributors on this platform do not necessarily represent the views or policy of Multimedia Group Limited.
Tags:
French Open
Tennis