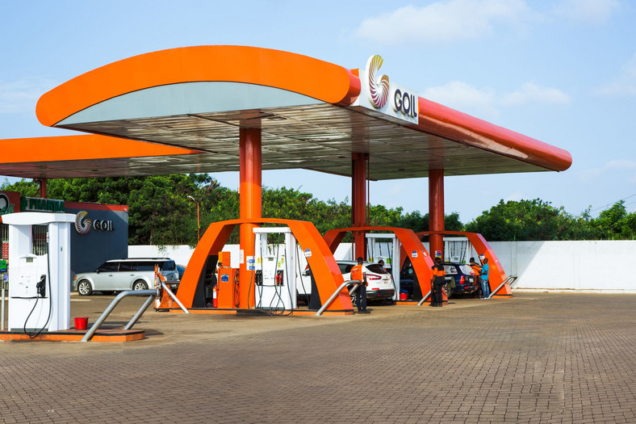 Executive Secretary at the Chamber of Petroleum Consumers, Duncan Amoah, says that his outfit was hoping the government’s decision to decrease the fuel prices was a lot more significant.

His comment comes after the National Petroleum Authority (NPA) rescinded its decision to increase fuel margin to 17 pesewas per litre.

In a communique dated May 4, NPA revealed that the prices of fuel per litre would be reduced by 9 pesewas starting from Wednesday, May 5 following a meeting with the Minister for Energy, Matthew Opoku Prempeh.

But reacting to the news, Mr Amoah said that the reduction of the 0.17 pesewas to 0.09 pesewas introduced by the National Petroleum Authority (NPA) will see the fuel prices go only from GHC6.13 to about GHC6.5p.

“We would have wished that the reductions were a lot more than we actually got from this meeting. The increases you have seen are a function of four different variables; the taxes the finance minister had gone to parliament to request for, the NPA margin, the industry margin, and the world market price index increment, had also contributed something to what we saw at the pumps.”

He said that he and his team were hoping that the entire 17% will be cut off but the NPA gave some justifications the Minister could not help but agree with.

Mr Amoah stated that they also wanted the Minister to slash all the percentage allocated to the Bulk Oil Storage and Transportation Company Ltd (BOST) explaining that Ghanaians cannot pay for their inefficiencies.

“We got to the table expecting a far drastic cut. We were expecting that there was not going to increase anything for BOST. We said at the meeting that we cannot continue to charge Ghanaians for the inefficiencies of BOST especially when you have private depots that function in a similar vein as BOST who do not get a single pesewa from us, who also come with financing cost.”

“BOST doesn’t have financing cost yet BOST is on the market charging similar if not more and yet BOST says it cannot sustain, maintain and improve their operations unless you and I contribute additional margin. That, we do disagree, and so the 12 that NPA has given BOST, the minister slashed by at least 3. We were insisting that he slashed all but he said that will take some time.”

The Chamber of Petroleum Consumers Executive Secretary added that some of the charges that contributed to the increase were new taxes that have been approved by parliament.

Thus, the Minister of Energy could not rescind the application of those taxes without the approval of parliament.

Meanwhile, the Ghana Private Road Transport Union (GPRTU) has disclosed that fares are expected to go up by between 10 to 15 per cent by this Thursday.

According to the Union, they are currently in discussions with government and are hopeful of finalising negotiations by Wednesday for the new fares to be announced possibly on May 6, 2021.

The propose increase has been influenced by adjustments in price of petroleum products by some of the major oil marketing companies.

This was after Shell and Total have increased their prices by a little over 12 per cent, with a litre of diesel and petrol selling at ¢6.13. Another major player, Allied is selling a litre for ¢6.10.

But reacting to the news about the reduction of fuel prices by nine pesewas, the Concerned Drivers Association – Ghana said the initiative by government set to take effect Wednesday, May 5, would in no way reduce the grievances faced by drivers.

The Association’s PRO, David Agboado, said the incumbent government should consider other alternatives such as scrapping off “nuisance” taxes in the petroleum sector.

Speaking to Daniel Dadzie on The Pulse Tuesday, he said “the reduction is no news to me. The reason it is no news is because, those nuisance taxes on our petroleum sector must be scrapped off. “

“That one would be news. TOR (Tema Oil Refinery) recovery levy, it is TOR operation but we are paying the levy. Price stabilization margin, is the price stabilized? But we are paying those taxes. So those nuisance taxes are not taxes that we are supposed to pay. So to me, that 8 pesewas or something won’t [do anything]. They have cheated us for far too long so, it is no news to me,” he said.