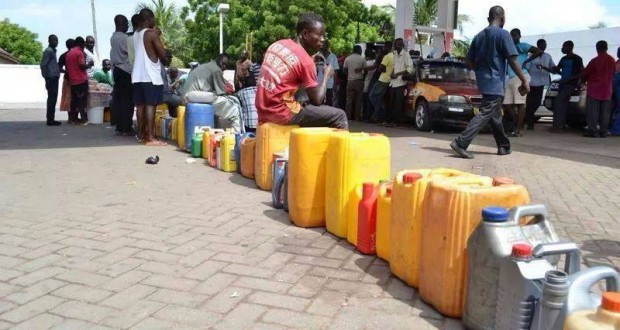 The monthly fuel import bill for the West African nation jumped to $450 million in May, from $250 million in January, according to two people with knowledge of the matter.

The central bank is only offering about $100 million a month at its foreign exchange auctions, and licensed bulk distributors can no longer plug the shortfall in the black market, the people said, asking not to be identified as the matter isn’t public.

African governments face stark choices as Western sanctions on Russia disrupt global energy markets and prices soar. Though Africa is home to several major producers of crude oil, the continent has limited capacity to turn that into fuel for cars, trucks and planes.

Ghana’s central bank is reluctant to spend its limited dollars on importing fuel, though it’s also looking at ways to boost its foreign exchange holdings, the people familiar said.

The nation’s challenge has been increased as the cedi weakened 22% against the dollar this year, the worst performance among African currencies tracked by Bloomberg.

The country’s inflation rate  jumped to 27.6% in May, the highest level in more than 18 years, as food and transport costs surged.

A spokesman at the Bank of Ghana could not immediately comment when reached by phone. A spokesman for the Ghana Chamber of Bulk Oil Distributors also declined to comment.

DISCLAIMER: The Views, Comments, Opinions, Contributions and Statements made by Readers and Contributors on this platform do not necessarily represent the views or policy of Multimedia Group Limited.
Tags:
Fuel shortage
Ghana