Future of herbal medicine under threat 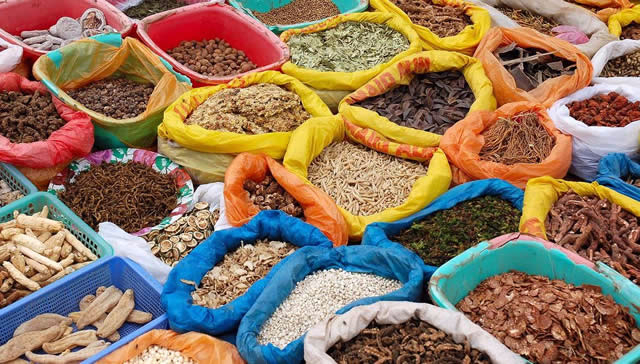 Indiscriminate felling of trees across Ghana is becoming a threat to the local herbal medicine industry.

According to figures from the World Conservation Monitoring Centre, Change in Forest Cover between 1990 and 2000, Ghana lost an average of 135,400 hectares of forest per year.

Meanwhile, a 2011 humanitarian study, published by Wood Products Trade Group, an international tropical timber organisation in Japan, indicates that Ghana is the third country in Africa with the highest rate of deforestation with a 2.19 per cent forest a year.

Togo leads with a lost average of 5.75 percent of its forests a year from 2005 through 2010, while Nigeria posted a 4 percent rate.

He who also doubles as the company’s Deputy Managing Director, adds that a standardisation mechanism is needed to grow the industry.

“As an economy grows and population increases, people start cutting trees, China has a similar challenge in the spirit of industrialisation and now there are no plants to plant herbs and this is affecting the business, so Africa should take a lesson from China and be thinking of sustainability of trees”.

He observes when people are poor, they want and at the end resort to cutting trees for domestic chores and survival.

Mr. Zhang reveals plans by the company’s research and development department to work with local farmers and train them on how to make money from their farms instead of cutting the trees for firewood etc.

“There are lots of valuable things they can’t see in their plants. This is a waste of money and we want to teach them. I think Climate Change effects are a threat to herbs.”

There have been growing discussions between the Chinese company and government, about the huge potentials in Ghana’s forestry yet to be exploited.

To strengthen and enhance growth in the local herbal medicine industry, Mr. Zhang suggests a stiff standardisation mechanism is needed to increase confidence and sanitise the system and control how much effective ingredients are.

TASLY is, therefore, partnering local herbal manufacturer, such as Dinpa Natural Health Clinic in Kumasi and other parts of the country, in a public and stakeholder sensitisation on the patronage of herbal medicine.

It is part of a network marketing services introduced in Ghana a year ago, having operated worldwide since 2002.  The company has covered almost all the African countries being covered.

Alexander Asante, President of the group’s Committee In charge of Ashanti Region, says the initiative will see over 10,000 people gain employment in two years.

He says the company has registered almost 2000 people, out of which about 400 were totally unemployed.

It is a product network company which does not use companies for distribution but individuals which is providing jobs for the youth.

Mr. Asante who doubles as a Health Consultant indicated the need for a proper diagnosis before drugs are administered if the drive towards a stronger industry.

“Accurate diagnosis is half a cure, accurate dosage then herbal medicine will go far and be globally accepted”.

He revealed this during what will become an annual fast business development awards for employees.

Six employees received cars at the maiden edition of the ceremony to facilitate their work.

Some of the beneficiaries are excited about the gesture saying it will enhance their work.