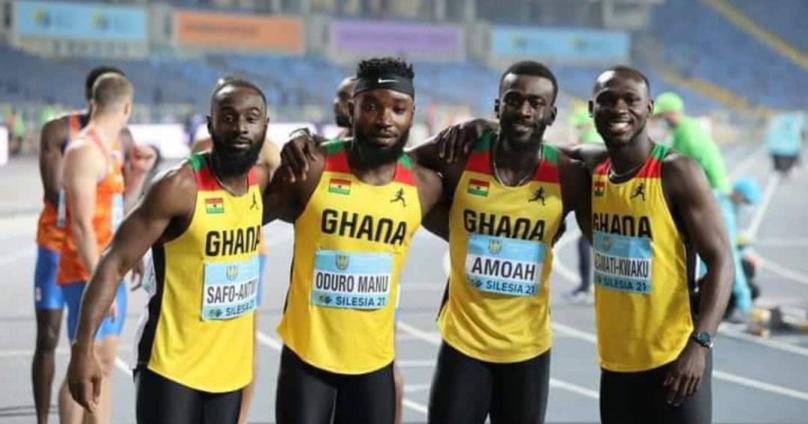 The Ghana Athletics Association has been forced to make two changes to the men’s 4x100m relay team ahead of the Commonwealth Games in Birmingham, United Kingdom.

The change became necessary after one of the five-member team that competed at the just-ended World Athletics Championships had challenges securing a UK visa while the other opted out for personal reasons.

Joseph Manu, who ran the 3rd leg of Ghana’s record-setting quartet, asked to be left out of the games for personal reasons while reserve athlete, Emmanuel Yeboah, had complications securing a UK visa.

The foregoing circumstances meant the GAA did not enter the duo for the Birmingham Games, changes that were made even before the start of the world championships in Oregon.

Meanwhile, the Ghana Athletics Association has stated explicitly that Yeboah’s unavailability is not because he was denied a visa been denied visa.

Both athletes were part of the Ghana 4x100m relay team that won a silver medal in the Invitational Relay competition held in Nigeria last month.

They are expected to complement the experienced trio of Sean Safo-Antwi, Benjamin Azamati and Joseph Paul Amoah, who will lead the country’s quest for a gold medal in the event.

The trio will also compete in the individual short sprint events.

After setting a national record (38.07) in Oregon, the team promised to bring a gold medal home from the Commonwealth Games.

DISCLAIMER: The Views, Comments, Opinions, Contributions and Statements made by Readers and Contributors on this platform do not necessarily represent the views or policy of Multimedia Group Limited.
Tags:
Abdul-Rasheed Saminu
Barnabas Agerh
Birmingham 2022
Commonwealth Games