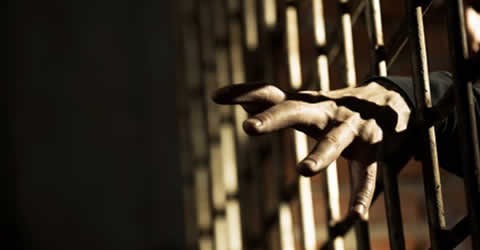 He pleaded not guilty.

Chief Inspector Amponsah said the second, third and fourth accused whose names were only given as Bala, Mustapha and Poppy, are fitting mechanic and illegal miners respectively,  and resided in Kumasi in the Asante Region.

He said at about 1730 hours on October 20, this year, Owusu asked permission from the complainant to visit his sick child in Kumasi.

Chief Inspector Amponsah said at about 0130 hours on October 23, Owusu, Bala, Mustapha and Poppy came to Prestea from Kumasi without the knowledge of the complainant.

He said the convict led his accomplices, wearing masks and armed with pistols, matchets and axes, to enter the complainant’s room through a bath room window, while he and his wife were asleep.

The Prosecutor said the complainant woke up while the accused persons were in the room and when he confronted them, they subjected him to severe beating and he sustained injuries.

Chief Inspector Amponsah said Owusu, Bala, Mustapha and Poppy bolted with the items leaving behind two bags, a matchet and an axe.

He said when a search was conducted in the bag by the police, an HTC mobile phone belonging to Owusu was found.

The Prosecutor said on October 25, Owusu was arrested at Aboabo, a suburb of Kumasi, and he was handed over to the police at Prestea.