GameWeek 12: Hot 5 fixtures to look out for 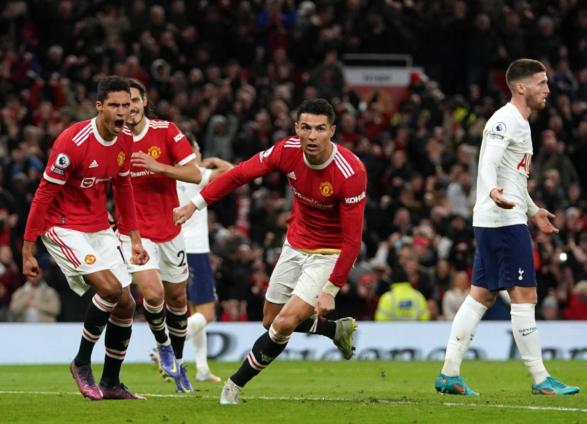 With the tables across Europe taking shape, all teams will be looking to get to better positions in the next few weeks before the World Cup.

Graham Potter’s Chelsea will be looking to continue their great run this midweek whilst Liverpool will be hoping to build on their big win against Manchester City.

Manchester United also have a tough test on Wednesday.

Here are Betway’s five fixtures to look out for.

Chelsea will be looking to build on their fine form under Graham Potter as they make the trip to a tricky Brentford side.

The Blues are currently in the top four, and a victory will move them a little closer to Tottenham, who are currently four points above them.

Brentford on the other hand will be hoping to improve on their inconsistent start to the campaign. They have earned 13 points from 10 matches this season.

Chelsea are favorites for this one according to Betway, with their odds priced at 1.74 whilst that of Brentford stands at 4.80.

Liverpool will be looking to build on their big win over Manchester City during the weekend as they take on London-based West Ham United.

The Reds have been inconsistent this season but the 1-0 win over the Cityzens is a needed boost to build on. They are currently 8th on the log with 13 points.

West Ham on the other hand are 12th with just 11 points earned so far. David Moyes and his men will aim to cause an upset at Anfield.

Jurgen Klopp’s side have 1.46 odds to win currently whilst West Ham have 6.40 odds.

Manchester United will be aiming to get back to winning ways as they take on Tottenham at Old Trafford.

Tottenham on the other hand are looking to leapfrog Manchester City with second place still up for grabs.

Erik Ten Hag’s side will go into the game with confidence as they have beaten Tottenham in three out of five matches.

United have 2.46 odds of winning whilst that of Tottenham stands at 2.80 currently.

Wolves will be looking to get a consecutive victory as they make the trip to Selhurst Park for a game against Crystal Palace.

Palace on the other hand will be looking to get back to winning ways after they were held to a 0-0 draw by Leicester City.

The Eagles are currently 13th on the log with 10 points whilst Wolves are just one point above relegation zone.

Barcelona are looking to bounce back from their defeat against Real Madrid as they host Villarreal on Thursday.

Villarreal on the other hand will hope to upset the Catalans at the Camp Nou.

Xavi’s men are second on the log, just three points behind Real Madrid whilst Villarreal are 7th with 15 points.

Barca have 1.51 odds of winning according to Betway whilst Villarreal have 6.00 odds.

Betway continues to reward winners of the Beat the Odds promotion, stand a chance to win a share of GHS 3 million in prizes.

Every bet you place from the Beat the odds page will enter either earn or lose you points on the overall leaderboard. Top the leaderboard at the end of the season, and you will stand out as the grand prize winner of GHS 250,000.

DISCLAIMER: The Views, Comments, Opinions, Contributions and Statements made by Readers and Contributors on this platform do not necessarily represent the views or policy of Multimedia Group Limited.
Tags:
Betway