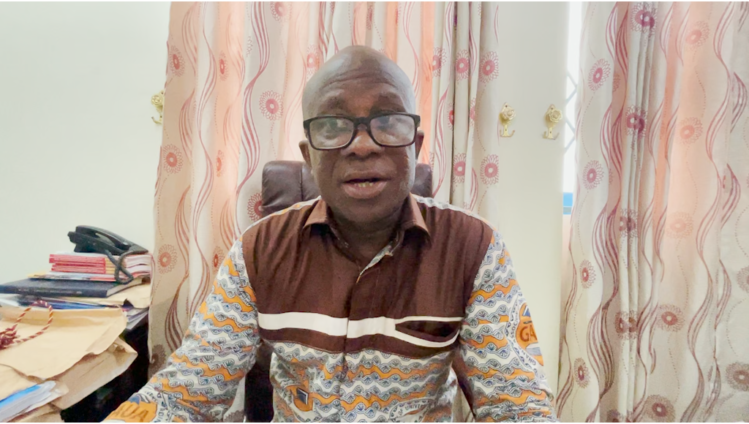 The Ghana Association of University Administrators (GAUA) is calling on the Minister of Education and the Ghana Tertiary Education Commission to intervene in the disorderliness at the University of Education, Winneba, in order to protect the peace on campus.

The Registrar of the University was locked out of his office on Monday after challenging the Chairman of the Governing Council’s directive for him to go on accumulated leave.

Following the order, the Vice-Chancellor appointed Mrs. Wilhelmina Tete-Mensah to act in the absence of the Registrar. Currently, both the substantive Registrar and the Acting Registrar have been attending meetings at the University, heightening tensions there.

But speaking to JoyNews, President of the Ghana Association of University Administrators (GAUA), Kwabena Antwi-Konadu, indicated there was an urgent need to de-escalate the tension that’s simmering at the University to protect the image of the institution.

But according to the GAUA, there have been some major developments that seem to be threatening the peace in the University. The recent one being the order by the Council Chairman to the Registrar to proceed on leave and exhaust his accumulated leave. The Registrar, who has since challenged the capacity of the Council Chairman to unilaterally take such a decision, is also challenging his directive.

On Monday, the substantive Registrar was locked out of his office and had to operate from outside his office. On Tuesday, he attended a meeting where the Acting Registrar was present.

The development, the Ghana Association of University Administrators says, is disturbing and unfortunate and ought to be tackled immediately to forestall any unfortunate occurrences at the University.

“What’s happening at UEW is very unfortunate and a disturbing situation. Universities have governance structures that are supposed to deal with some of these things. For UEW to go through some of these challenges in recent times means there’s something wrong, “he stated.

Mr. Antwi-Konadu wants the Minister of Education and the Ghana Tertiary Education Commission to intervene in the matter and diffuse the tension before it escalates.

“Even before that, we want the GTEC, the regulator, and by extension, the Ministry of Education and the government to immediately intervene to bring peace on campus within the shortest possible time,” he stated.

Meanwhile, the Minister of Education, through the Ghana Tertiary Education Commission, has written to the University’s Management to stay execution of their directive for the Registrar to proceed on leave.

But the Vice-Chancellor of the University, Prof. Mawutor Avoke, in a letter to the Director-General of the Ghana Tertiary Education Commission, Prof. Mohammed Salifu, indicated the letter from the GTEC is already causing a lot of confusion as the Registrar, who should go on leave, is holding on to it and feels emboldened by the letter.

“My view is for that letter to be withdrawn as it’s creating doubts and confusion in the minds of faculty, and indeed Management as a whole,” Prof. Avoke stated.

As it stands now, the University of Education, Winneba, has a substantive Registrar and another that has been appointed by the Vice-Chancellor in an acting capacity and both are at post.