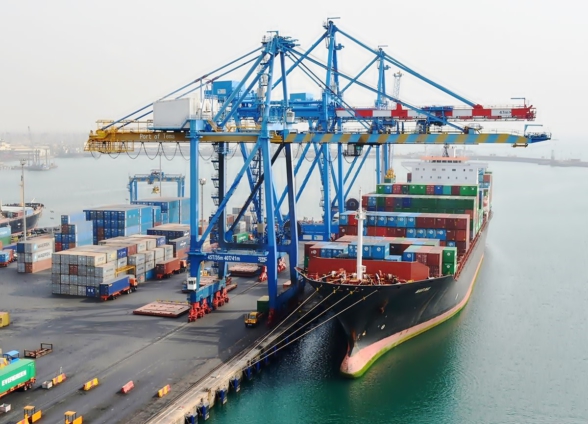 The Member of Parliament (MP) for Ningo Prampram, Sam George Nartey, has cautioned the Government of Ghana to be mindful of the revenue needed to revive the economy after the Covid-19 pandemic in the country.

The National Democratic Congress (NDC) MP for Ningo Prampram, said on Tuesday, April 14, 2020, added that the economy will suffer after the Covid-19 pandemic is over and a strong source of revenue is needed for the government to use to pay loans received to fight the spread of the virus.

His comments come in the wake of a deal the government has brokered to hand over Ghana’s port management system to Korean company, UNIPASS.

“The Government of Ghana has a 35% shareholding in GCNet through its representative bodies Ghana Revenue Authority (Customs Division), Ghana Shippers Authority and GCB Bank. GCNet pays a portion of profit made through its 0.4% charges as shareholding dividends to government. With the remaining 65% of the profit, GCNet pays tax on it to the government.

“On the other hand, the government has 0% shareholding in UNIPASS and no dividends will be paid to the government. UNIPASS is already taking off with a tax waiver in respect of things they bring into the country”, Mr. Nartey explained.

Ghana’s port sector, he said, is a very critical area for more revenue to be efficiently and effectively mobilised in the country through the use of an already existing system deployed by GCNet.

He said he struggles to understand why the government would want to terminate the contract of a company such as GCNet that has been consistently bringing in revenue and has a track record of boosting the economy in the country and go for a system like UNIPASS where the profit will be gained by an individual.

The MP for Ningo Prampram debunked all the accusations made about GCNet not being a Ghanaian company, not having a robust system, not offering an end to end service, not providing value for money as well as not having a valid contract.

He insisted that GCNet has well-established facilities and, for the past 15 years, has been spending, on the average, $5 million as an investment every year to improve on their robust system.

“GCNet’s smart end-to-end system has been tried and tested with an impeccable track record of increased revenue mobilization at the ports sector. It has a proven, sophisticated Information Security Management (ISM) system which is highly secure with a certification of ISO 9000 and ISO 27000,” he said.

He further stated that “GCNet operates a state of the art Tier III Data Centre and four other Data Centres across strategic locations across the country as part of its deep commitment to ensure data integrity and security in the space in which it operates. However, UNIPASS does not have a Tier I data centre established in the country.”

The MP for Ningo Prampram, who is also a member of the Communication Committee at the Parliament, indicated that the government of Ghana, in haste to sign the UNIPASS deal, has flouted the laws of the land which clearly state in the Data Protection Act 843 of 2012 that any company that handles critical data in the country must be registered under the Data Protection Authority.

“If UNIPASS has superior systems to offer, how come the contract signed between the Government and UNIPASS indicate that it can only pick up when the Government is able to get the source code and the right to the software that GCNet is using and hand it over to UNIPASS to manage”, Mr. Nartey quizzed.

He concluded that the UNIPASS deal is yet another scam and that Ghanaians must resist it.

DISCLAIMER: The Views, Comments, Opinions, Contributions and Statements made by Readers and Contributors on this platform do not necessarily represent the views or policy of Multimedia Group Limited.
Tags:
GCNet
UNIPASS