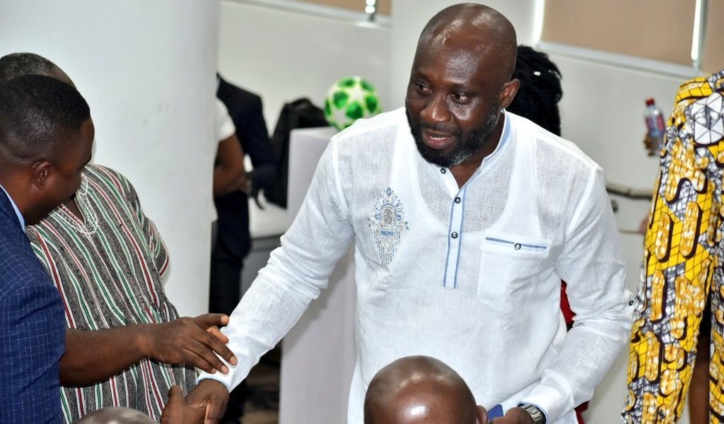 Former Vice President of the Ghana Football Association, George Afriyie has stated his unreadiness to take up the Chief Executive Officer mantle at Asante Kotoko.

The President of Okyeman Planners Athletic Club has been strongly linked with the CEO job after the George Amoako-led management team was dissolved by the board.

But Afriyie who has vast experience in football administration said he was happy to be linked with the job and still upholds the strong bond between him, supporters, and life patron of Kotoko, Otumfuo Osei Tutu II but cannot assume the Kotoko role due to some other commitments.

“I am blessed to have personal relationships with His Royal Majesty “The Wise King” Otumfuo Osei Tutu II and the Board Chairman Dr. Kwame Kyei.

“They are truly priceless. I am also fortunate to share such an unbreakable bond with some part of the Kotoko fraternity.

“In the aftermath of the GFA Presidential elections, I received several calls from Kotoko faithful and followers urging me to consider taking up the position of the CEO of the club. I still continue to receive such calls and messages on a daily basis.”

“Kotoko is a great club and would want to serve one day. But, I want to state that I have currently taken up a commitment which would not permit me to take up the role.”

“I urge all (both the media and the sporting public) to respect the decision of the Great One-Otumfou Osei Tutu II, who in his wisdom has appointed the board to enact policies and steer the affairs of the club.”

“I am of the strong conviction that the board is made up of highly competent individuals who have unquestionable expertise to make the right choices for the club,” Mr. Afriyie said in a statement.

This puts Nana Yaw Amponsah in strong contention for the Kotoko job with the board set to announce a new management team in the coming days.