Ghana, 7 others to start trade under AfCFTA 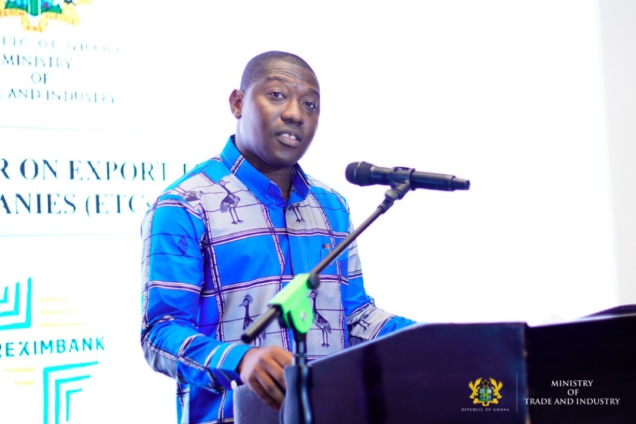 Ghana and seven other countries will soon start exchanging goods and services under the African Continental Free Trade Area (AfCFTA).

The move is part of efforts to diversify and increase export among African countries through Export Trading Companies (ETCs) while achieving the Continent’s industrialisation drive and making it economically self-reliant.

Mr Herbert Krapa, Deputy Minister of Trade and Industry (MoTI), said this at a seminar to sensitise African countries on the role of ETCs in easing intra-African trade under the AfCFTA in Accra on Monday.

Organised by the African Export-Import Bank (Afreximbank) and MoTI, the event also discussed how ETCs were operated, supported, and regulated by Governments and other agencies.

Mr Krapa said: “Actual trading is starting between Cameroon, Egypt, Kenya, Mauritius, Rwanda, Tanzania, Tunisia, and Ghana. In the coming weeks, the dream of our forebears will be off the ground.”

He said the Secretariat had launched the AfCFTA Initiative on Guided Trade to translate all the progress on paper into action to make the continent’s industrial revolution and its ability for self-reliance attainable.

“Trading goods and services from Harare in Bamako or Kigali, or exporting processed cocoa from Accra to the entire northern African region should no longer be a nightmare if we make the appropriate investments into ETCs,” Mr Krapa said.

The Deputy Minister explained that ETCs would make Africa leave no one behind in the regional value chain particularly small and medium-sized enterprises (SMEs), young entrepreneurs, startups, light manufacturers as well as big industries.

These value-chain players will be providing export and import services, warehousing, transportation, finance, insurance, risk management and market intelligence, around which the free trade area will thrive.

He, therefore, encouraged Governments and private sector players to have the right policy, finance, institutional framework, productive capacity and infrastructure to enjoy the benefits that AfCFTA provided.

Touching on the current global economy, the Deputy Minister reechoed the need for Ghana and other African countries to pursue industrialisation and be self-reliant.

“As government institutions, exporters, financing firms, manufacturers, SMEs, and everyone else in the export ecosystem, we should all be energised to set up Ghanaian owned or partnered ETCs both domestically and across Africa. Africa’s industrial revolution must be realised at all costs,” the Deputy Minister said.

Dr Gainmore Zanamwe, Senior Manager of Trade Facilitation, Afreximbank, said the lack of access to market intelligence was impeding growth of ETCs in Africa, and contributing to inability of Member States to know what other countries were producing and needed.

He said that though ETCs were ineffective in many African countries, they were critical in helping the growth of smallholder farmers and traders through the aggregation and bulk purchase of goods produced.

Dr Zanamwe highlighted the benefits of industrialisation, noting that it helped in adding value to raw materials produced to increase revenue and job creation and called for the enabling environment to make ETCs thrive in Africa.

DISCLAIMER: The Views, Comments, Opinions, Contributions and Statements made by Readers and Contributors on this platform do not necessarily represent the views or policy of Multimedia Group Limited.
Tags:
AfCFTA
African Continental Free Trade Area
Herbert Krapa