Ghana U-17 duo set for Arsenal and Liverpool trials 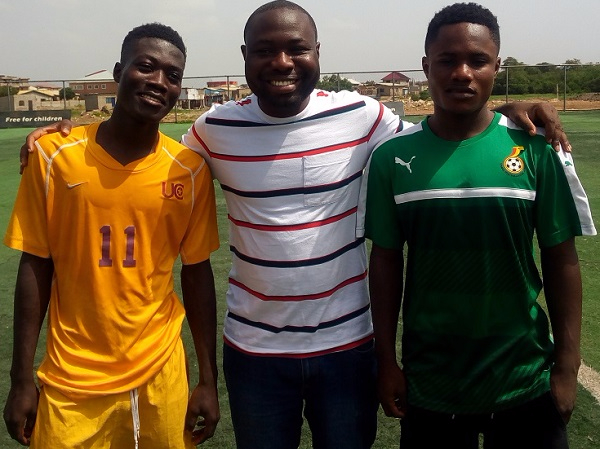 Ghanaian youngsters Ibrahim Sulley and Emmanuel Gyamfi, who were part of the Black Starlets squad for the 2017 U-17 World Cup, will travel to England for trials with premier league outfits Arsenal and Liverpool in a month’s time.

The duo of Rising Stars of Africa Academy excelled in India as Ghana reached the quarter-final and since their return, they have been linked with several Ghanaian clubs, with Asante Kotoko reportedly showing great interest in signing Ibrahim Sulley.

However, their manager James Dzandza is not interested in releasing his players to a local club, insisting that a move to a European club is the next step in the career development of Sulley and Gyamfi.

Photo: Ibrahim Sulley celebrates a goal scored at U-17 AFCON

"They both played very well and we have received a lot of offers from Spain, Germany and England but we are reviewing them to see the place that can help them develop them better and provide him with opportunities to develop. We have learnt a lot from young African players rushing into big European clubs and not getting the opportunity to develop.’’ He told Graphic Sports

"They are going to go on a training programme in four weeks’ time… we are looking into Liverpool and Arsenal so hopefully we will see how it goes. We haven't finalised any deals at the moment".

"I have had a lot of media interviews from Kumasi about Kotoko's claim but I have not heard from them formally with any official request from Kotoko as a club for Sulley. We are looking at development opportunities for the boys and at the moment that is not in Ghana".

The trip to the United Kingdom will be Sulley's second visit to Liverpool's Melwood training base while midfielder Gyamfi who has recovered from an ankle injuring during the World Cup will be visiting England for the first time.